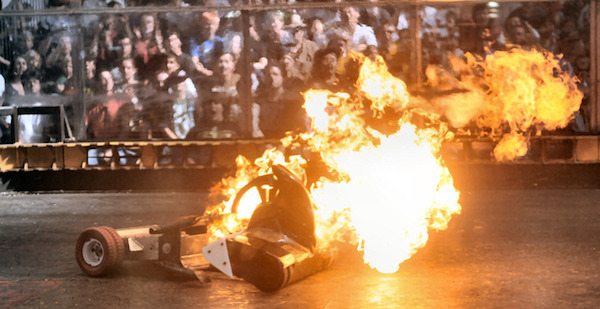 Ready to bring battling robot competitions back to television and laptop screens everywhere, the creators of the RobotGames have launched a crowdfunding campaign on Kickstarter for a brand new video series about fighting robots. 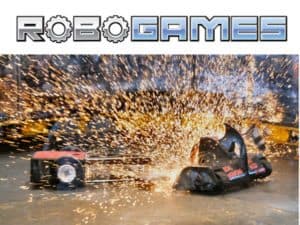 The new series will not only feature crashing robots, metal carnage, fire and explosions, but help shine some spotlight on the battling robot sport. Explaining the reason behind the campaign, the campaign’s organizers noted that fighting robots is the “greatest sport ever created.” Not only educational, it offers a thrill of a boxing match, the explosions of an actual NASCAR crash and even offers flame-throwers.

Unfortunately, the coverage of the ultimate sport has fallen over the years and now it is time that a new series of battling robots returns to the small screen to delight old fans and even new generation. The robots will fight for glory, bragging rights, and to turn their arena opponents into little metal scraps. Two robots hit the stage, one is dubbed winner.

Explaining its past history, the organizers revealed, “For over ten years, The Robotics Society of America has been running the world’s largest robot competition – RoboGames.  Where hundreds of bots from around the world compete in the olympics of robots. We just want to bring it to you in High-Def glory.  We are putting together a crack production crew, camera-people, and equipment.”

“We are primed and ready to churn out a top notch robot sports series: Giant spinners shred lesser bots! Flippers toss 220 pound opponents into the air like 3 ounce coins in a bet!  Flame throwers scorch the arena walls!” 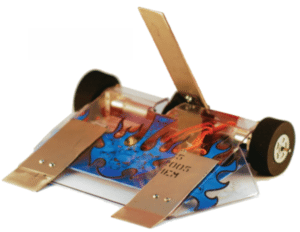 If successful, the series will be aired online this upcoming spring.Viewers will never have to worry about missing any epic battles and RobotGames stated its mission is to create something that will expand the robotic community they have built over the last decade and even touch the lives of those who didn’t think the world of science and engineering was important.

Backers of the project will receive awesome rewards, including name in the credits, autographed programs, all downloadable episodes, reserved seating tickets, t-shirts, and even a DIY robot kit.

Set to close on November 7th, the crowdfunding campaign has already reached $14,729 from 205 backers.