Earlier this year, filmmaker Steve James launched a crowdfunding campaign on Indiegogo to raise $150,000 for a new documentary dedicated to the life of movie critic Roger Ebert called Life Itself. The film is considered the first ever feature-length documentary on the life of Ebert and covered the critic’s life journey from his days at the University of Illinois, to moving Chicago where he became the first film critic to win the Pulitzer Prize. Not only did the project surpassed its initial goal, it raised nearly $154,000 thanks to over 1,600 backers. Now James is ready to share details about the project’s creation and why he turned to the global crowdfunding platform for help. 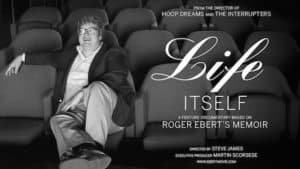 During his interview with Indiewire, James stated, “Well, I should make it clear that we raised money through other sources as well. Obviously, with documentaries, you need to create a patchwork of financing. Plus, the idea of the crowdfunding campaign wasn’t just to raise money. It also seemed to make sense for a documentary about Roger Ebert. Roger embraced technology and loved the idea of building a community on Twitter.

“And so many of his fans wanted to feel like they were a part of this film, so crowdfunding made sense as a way to involved them. One of our backer rewards let people watch the film online at the same time that it premiered at Sundance. It was the first time that was ever done and I think it’s a great model for festivals going forward.”

Revealing why they chose Indiegogo over other popular crowdfunding platforms, James noted, “We chose Indiegogo because they were excited about the film and also we loved the fact that they allowed charitable donations. We were fortunate to raise more than we had set out to raise, but if we had gone way over that number, we were planning to donate the extra money to The Roger and Chaz Ebert Foundation and The Roger Ebert Center for Film Studies at his alma mater, The University of Illinois.” 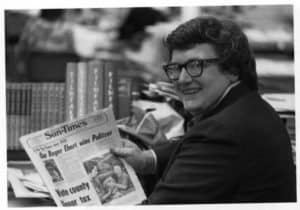 Also discussing the lesson he learned while using the funding method, James said, “I learned that it’s a lot of work! People think you just put your campaign up there and it’s like free money. But it’s sweat equity. Believe me, a lot of people put a lot more time into the campaign than I did and yet I’m still fulfilling perks. I’m meeting with a filmmaker for lunch to give feedback on his script since that was his campaign perk – and then I think I might be done. It takes a lot more time than you think it will and it’s important to fulfill all of your promises.”

In regards to any campaign surprises, James added, “We weren’t surprised to see how committed Roger’s fans are, but we found that the really appreciated the ability to see the film at the same that it premiered. Also, it’s worth emphasizing that the campaign wasn’t just about raising money, but also building a community and getting the word out about the film. It was satisfying to see how excited people were to be a part of the film in some small way.”