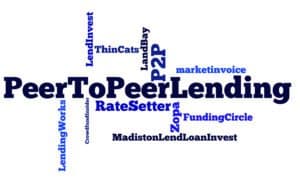 P2P Global Investments stated that, in consultation with Liberum Capital Limited, the Board of Directors decided to exercise its option to increase the share offer and it is now expected to be not less than 25 million shares at £10 per share.  The original offer was for £200 million.

Analysts at Liberum, who have acted as the sponsor, broker and placing agent in the past, have been quoted saying that P2P lending could surpass £45 billion within a decade.  Other industry followers expect that number to grow even higher.