Starting today, runners and coaches can get their hands on Stryd, a wearable device to measure running power, through a campaign on crowdfunding giant, Kickstarter. 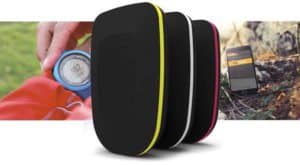 Created by Princeton engineers and backed by some of the biggest names in endurance sports, Stryd gives runners a way to accurately measure run intensity across varied terrain using the sports watches and mobile devices they already use to train and, as a result, it unlock ways for runners to improve running efficiency.

“The data runners use in training hasn’t changed much in 30 years. There has never been an accurate or easy way to show training intensity and efficiency, and athletes and coaches have repeatedly told us that holds them back. Our goal was to provide one number that can consistently help anyone run better, and today Stryd does exactly that.”

The small wearable device uses first-of-its-kind sensing technology to calculate run power, measured in watts, an innovation that 3-time Ironman World Champion Craig Alexander says is “the next step in the evolution of running.” Long the standard for cycling training, power has been a sought-after run metric for years, but measuring it hasn’t been possible until now.

“Stryd quite simply will change running forever – for the better. Running power is a simple metric for all kinds of runners to understand every key aspect of running – performance, running form, and efficiency. Stryd has the potential to become the most indispensable running accessory to come along in decades, and can help millions of runners improve performance and meet personal goals.”

To use Stryd, runners simply clip the small device on and start the run. Stryd automatically links with most sports watches and mobile devices, and its battery lasts longer than a year. Starting from the first run, Stryd helps you learn your capabilities and establish baseline data to help you understand performance and running efficiency.

“Stryd answers run-by-run, day-by-day questions that runners care about. Did I pace myself right? Am I overtraining? How is my running form? Until now it has been a lot of guesswork, but Stryd gives runners a better way to measure training intensity. And, with better measurement comes better performance.” 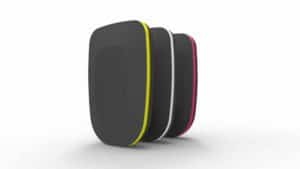 Experiments in state-of-the-art laboratories have shown that Stryd accurately measures running power, running form, and metabolic expenditure, and it does this in real time.  In addition to seeing that information on watches and mobile devices, runners get access to the data after workouts through a mobile app or Stryd and third-party web platforms so they can analyze their performance on a much deeper level than ever before.

The Boulder, Colorado-based Stryd team has been working with athletes and coaches for months now in an extensive pilot program, but co-founder Eric Olson says the company chose to use Kickstarter as a way to “Get more people involved and gather more data on power-based run training.” 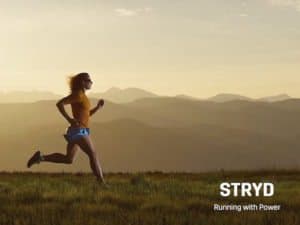 “The running community has really embraced Stryd from the start, and we’ve been pretty surprised by variety of ways coaches and athletes are using the device. Now, we want to learn even faster. When people support us on Kickstarter, they join this community that is shaping the future of power-based run training with the information they provide us.”

Stryd is targeting a mid-summer ship date for the product’s first release, giving priority to running and triathlon coaches followed by athletes who support the campaign on Kickstarter. The project is set to close on April 12th.