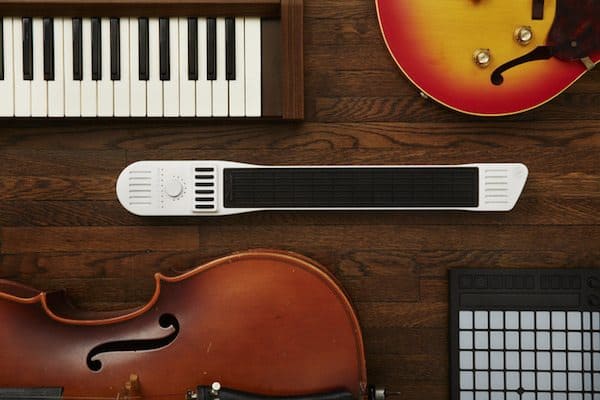 Earlier this morning, Tennessee-based Artiphon hit global crowdfunding platform Kickstarter to raise $75,000 for INSTRUMENT 1.The eye catching musical instrument surpassed its initial goal within only 5 hours and skyrocketed to over $100,000 thanks to nearly 300 backers. 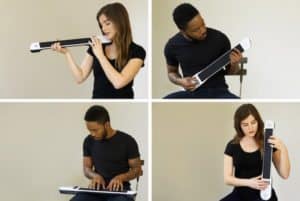 According to its campaign, INSTRUMENT 1 is a combination of a guitar, violin, bass, piano, and drums. Simply just plug in and play 100’s of apps like GarageBand with universal musical gestures such as strumming, tapping, bowing, and sliding.

The Artiphone team shared, “We believe anyone can make music, and that most people really want to. Like snapping an Instagram, now you don’t have to already be a professional to start making music and enjoy every note. We’re building an instrument that empowers people to play music apps beyond the touchscreen, and we want to inspire people to explore music-making in their everyday lives. Our patented technology enables a new type of musical experience focused on exploration and creativity rather than skill sets and signal chains. It’s an entirely new approach to what a musical instrument can do.

“Because the INSTRUMENT 1 is fully MIDI-compatible, it works with 100’s of MIDI apps and software like Ableton Live, ProTools, Logic, and many more on your computer. The Artiphon INSTRUMENT 1 connects directly to iPhones, iPads, Macs, and PCs via Lightning or USB. 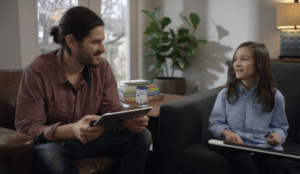 “It works with any music creation software that uses the MIDI standard, which is the universal language of digital music. MIDI has been around for over 30 years, and lets electronic instruments tell each other what notes to play and how they should sound. But don’t worry: we’ve made it easier than ever to get started making digital music; no acronyms required.”

Also explaining how to play INSTRUMENT 1, the team revealed that the user can play it anyway they want to. “We’ve designed the INSTRUMENT 1 to adapt to the way you want to play, and it scales in complexity based on your style and skills.

“If you want to play like a guitar, you can chord and strum in familiar ways. In a piano preset, put it on your lap and the frets become “keys” like a piano (with up to six stacked octaves at your fingertips!). If you’re a drummer or a DJ, transform a whole fret into a pressure-sensing pad like a drum machine. And if you want to play a violin or pedal steel, slide your fingers along the strings to create sweeping fretless melodies.” 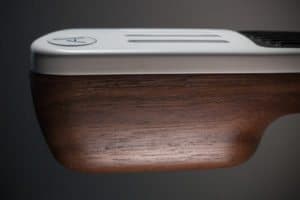 Best part of the INSTRUMENT 1: ANYONE can play it. The company encourages musicians and non-musician to try out the musical instrument. The device will also come with an app which will help users you  create new instrument presets and play them immediately.

Backers of the campaign may purchase the instrument for the price of $349. The expected shipment date is January 2016.