Seeks to help a friend in need, UFC alum, Wes Sims has hit GoFundMe to raise $100,000 for his longtime training partner and notably “The Godfather of Ground and Pound ” Mark Coleman.

Stating what made him turn to the crowdfunding platform for help, Sim wrote: 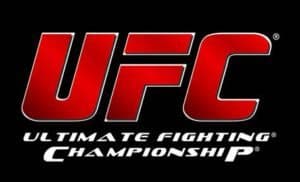 “My name is Wes ‘A Whole Show’ Sims. I am Mark Coleman’s best friend and student of the game.

“First UFC Heavyweight [Champion], Hall of Famer and ‘The God Father of Ground and Pound’ Mark ‘The Hammer’ Coleman’s retirement from the sport he loved and gave us so many memories has not been very kind to him as of yet.  Mark had a hip replacement in 2013, and after surgery was named Wrestling Coach for Team Penn on Season 19 The Ultimate Fighter.

“After filming and returning home his hip popped out several times and pain began on the other side. He has struggled and lived with the pain for well over a year and became sick a couple weeks ago. He was taken to the hospital where a doctor checked him out. He had to stay for four days on antibiotics. 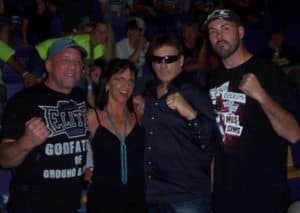 “When released, he went to see the hip doctor again and scheduled to have surgery on March 9th, only to discover while open on operating table, he was full of infection and very close to being septic and lucky to have caught this! He is currently hospitalized with a plastic hip until full surgery can be [performed] in April.

“Mark currently has no income. His insurance is about to expire, but we are currently looking into disability. I am looking to raise funds to help his cost of living, doctor bills, medication, and make up what he will lose in the next few months in appearances he will miss.  Anything will help [and] thank you dearly! God Bless!”

During a recent interview with MMAjunkie, Coleman shared details about his recovery: 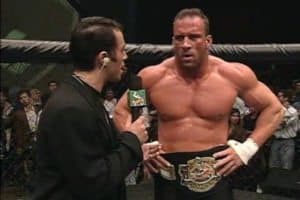 “I’m not out of the woods yet. [The doctors have] got to figure out what the infection is, otherwise they’re going to put in another hip and it’s going to get infected again. You don’t sign up for Olympic wrestling and the UFC and expect to be walking in high heels when you’re done.”

Coleman also went on to reveal that he is unemployed and has been struggling to keep up with all the medical bills, which costs about $800 a month. He expects to be in recovery for at least two months once he is given a new replacement hip.

Since its launch on Wednesday (March 11th), Sims’ GoFundMe campaign has raised over $15,000 from nearly 450 donors.