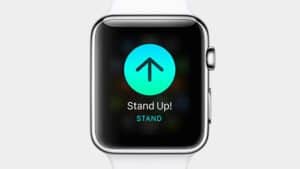 Did the forthcoming launch of the Apple Watch boost Pebble and its most recent, record breaking, crowdfunding campaign for the Pebble Time? Well that is a good questions. The wearable tech industry is so new that having a high profile company like Apple jump into the space is great for consumer awareness.

According to a post on CNBC, IDC expects a big step forward this year for wearable technology such as smart watches.

The Editor in Chief of Tom’s Guide posited, that Pebble is “in the game”, but draws a comparison between the approximately 90,000 Pebble Time’s reserved on Kickstarter versus the expected 15 million Apple Watches predicted to be sold this year. 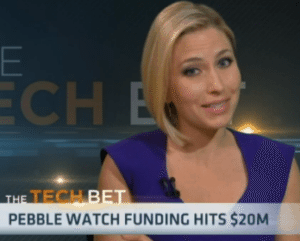 Comparing the two products they both have advantages. Pebble sports a far superior battery life for one.

IDC predicts that the Wearable Market will more than double over the next 5 years…. a pretty safe prediction I would think. The global wearables tech Market will go from 45.7 million units shipped in 2015 to 126.1 million units in 2019. Wrist-worn wearables, including bands, bracelets, and watches, will account for more than 80% of all wearable device shipments throughout the forecast. Sorry Google Glass.

“Smart wearables are about to take a major step forward with the launch of the Apple Watch this year,” said Ramon Llamas, research manager with IDC’s Wearables team, in a research note released Monday.

“The Apple Watch raises the profile of wearables in general, and there are many vendors and devices that are eager to share the spotlight,” Llamas said.

So sure, Apple Watch has probably juiced the Pebble Time Kickstarter campaign but lets give credit where credit is due: Pebble largely created the space and they have pushed forward with credible upgrades. It will be interesting to see how they do in the face of the Apple Watch juggernaut.