In celebration of their 20th anniversary, the bandmates of Solas have debuted a crowdfunding campaign on Kickstarter to bring back past and present members to create a new studio album. 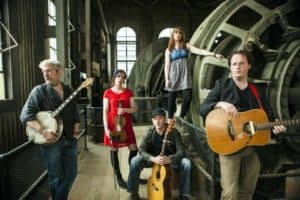 Solas is the quintessential Irish-American band that plays Irish traditional music as well as original compositions, sometimes demonstrating an inclination towards country music. The current members are: 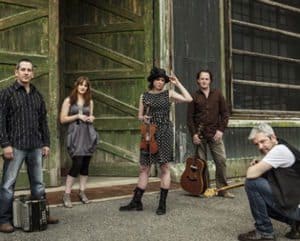 “If anyone had told us in 1996 that we would still be making albums and touring the world in 2016, we would have smiled politely, thanked them, and thought to ourselves: not a chance! We came together in New York back then without much of a plan. We thought we’d do a few shows and maybe make an album. But here we are, 11 albums later and with too many miles traveled to count. It’s been an incredible experience, one for which we are forever grateful.”

Noting what the recording plans are, the musicians stated:

“We would rather look to the future than to the past. So our plan, once again, is to gather together all the members of Solas, past and present, and record an album of all new material! Joining Seamus Egan and Winifred Horanin the studio will be Karen Casey, John Doyle, John Williams, Mick McAuley, Donal Clancy, Deirdre Scanlan, Eamon McElholm, Mired Phelan, Niamh Varian Barry, Noriana Kennedy, Moria Smiley, and Johnny Connolly. 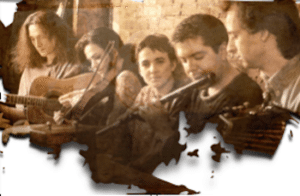 “We’ve also had the good fortune to work with some truly amazing musicians who, over the years, have become dear friends and honorary members of the band. Folks like Chico Huff (bass), Ben Wittman (drums, percussion), John Anthony (recording & mix engineer, drums, percussion), and Trevor Hutchinson (bass) have all been part of the recording and touring Solas family and it would be impossible to embark on this project without them. We couldn’t be more excited at the thought of making music once more with all these fine folks!” 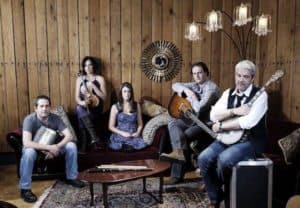 If the campaign successfully raises its initial $45,000, the band will start recording at the end of May in the Grouse Lodge Studios. Once they are finished, they will return to Philadelphia where they will record at Milk Boy Studios. The Pennsylvania session will be the first time that the original Solas lineup will record together since their 1997 Sunny Spells and Scattered Shower album.

The campaign’s funds will go towards the following:

Since its launch on Monday, Solas’ Kickstarter has successfully raised nearly $25,000. It is set to close on May 20th.