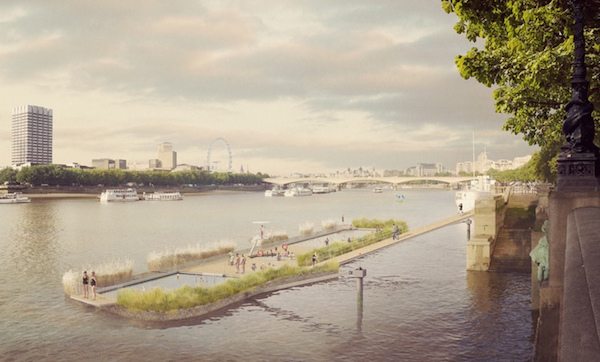 Ready to bring the next big thing in London’s riverside attractions, UK startup Thames Pools has launched a Kickstarter campaign to secure £125,000 so that it may bring a freshwater pool to the city’s river thames. 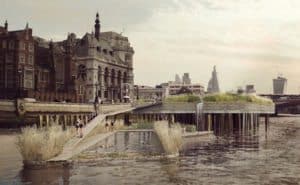 According to the Guardian, the new campaign marks a new stage for the project, which was proposed by architect firm Studio Octopi back in 2013, as part of the Architecture Foundation and the Royal Academy of Arts’ “London As It Could Be Now” program.

“Our vision is to create a swimming lido that reclaims the river, not just for people living in London, but for people visiting London too. So whether you are from London in the UK, London Ontario, London Kentucky or even London Island near Chile, this idea is for you too. We are creating a lido which isn’t just for swimmers, but non-swimmers too; there will be Cine+Swim nights, a cafe, a haven for wildlife sitting alongside the lido too and so much more.” 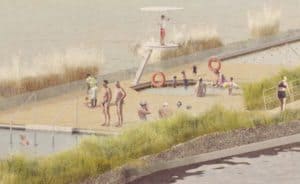 Among the high-profile supporters of the project is Tracey Emin, who features in the Kickstarter campaign pitch. She shared:

“I’ve travelled all over the world and I can’t believe how underused our river is. By doing this lido project it would highlight the asset of the river and people would be able to use it. If you could swim in the Thames … it would be incredible.”

The media outlet revealed other prominent supporters include Green MP Jenny Jones and author Caitlin Davies, as well as the Royal Academy of Art, The Architecture Foundation and the Outdoor Swimming Society. Water in the baths will be heated, providing a year-round swimming spot with a 25-metre pool for laps, as well as a training pool. 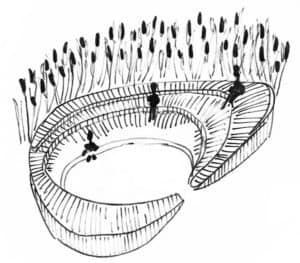 “Ever since we first sketched out the original concept for Thames Baths, we have always wanted to build something that benefited the community and that allowed them to participate in its creation.”

“The latter is one of the reasons why we are launching crowdfunding on Kickstarter. We want Londoners, swimmers and anyone passionate about urban waterways to show their support for this project and what better way than a very public campaign.”

It was also noted that the crowdfunding campaign will only part-fund the project, which has an estimated cost of £11m. Since its debut on Friday, the funding initiative has successfully raised nearly £20,000. It is set to close on May 22nd.