Scanadu, a health tech startup that is known for creating the “The Worlds First Medical Tricorder,”announced this week that it has raised $35 million during a series B financing round. 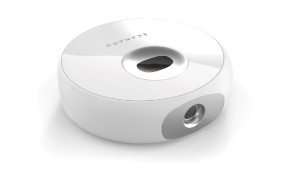 According to TechCrunch, the round was led by Chinese investment firms Fosun International and Tencent Holdings Limited, with participation from China Broadband Capital and Iglobe Partners of Singapore. This now brings the total funding amount up to $49.7 million.

“We continue to build out our family of products and move down the path to regulatory clearance in the U.S. and China. Scanadu’s mission has always been to give eight billion people access to quality healthcare via their smartphones.”

Back in 2013, the Scanadu’s medical devices hit Indiegogo and immediately captured media attention as reports inevitably drew similarities to the famous medical tricorder used in the Star Trek series. 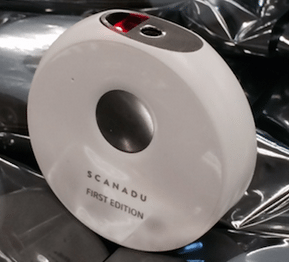 The Scanadu Scout is able to measure several different metrics simply by placing on your forehead for 10 seconds.  The device reportedly will measure:  heart rate, skin/core body temperature, oximetry, respiratory rate, blood pressure, ECG, emotional stress.  The device is actually targeting the consumer market but is certain to capture the attention of medical practices.

TechCrunch added that the startup is currently working with the FDA to get full approval for these devices and has so far been given the green light to test them out on individuals as “investigational devices.” The new funds will help  to push the startup’s devices out in the market for testing and continue on the path to FDA approval as a hand-held medical device for commercial use.