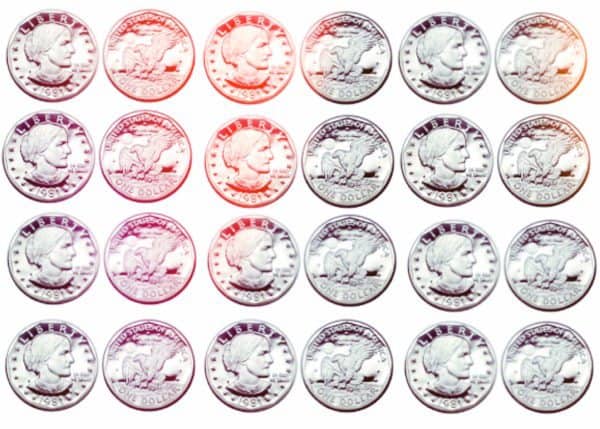 According to Inc.com, the emergence of the JOBS Act has created around 1,500 to 2,000 jobs since its inception. And according to the organization Women Entrepreneurs as Economic Drivers, women will create more jobs and keep the economy churning, provided they have the capital they need to fund their ventures. Given these facts, it’s prudent to explore the underpinning gender relationships inherent in raising capital. More importantly, it’s requisite to examine the role of new alternative financing tools, such as crowdfunding, in solving this well-known yet tacit problem.

In Silicon Valley women serve as business leaders, and engage in all-female networks of angel investors to originate opportunities and advise one another on investments. Furthermore, the inclusion of women creates a broader network and diversifies the potential for recruiting and finding new startups. Additionally, women may offer greater insights for understanding female consumers. A relatively recent trial involved a former partner of a financial firm, exposing elements of a male-dominated culture and showcasing how women are sorely underrepresented in these industries. 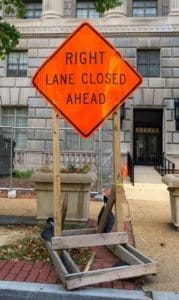 The U.S. Senate Committee on Small Business and Entrepreneurship found that female entrepreneurs receive fewer loans or receive less favorable terms than men. A recent study by Babson University sfound that women ran only 2.7 percent of the small businesses that received venture funding between 2011 and 2013. All things equal, women led companies can expect 25% less revenue than the typical male-owned firm.

These statistics reflect the general outlook on female entrepreneurship in America and signifies a negative sentiment towards female-led projects compared to ventures with male leadership. This inherent problem destabilizes the funding process, creating undeserved and unintentional hurdles for entrepreneurial women. The gender disparity has forced these aspiring leaders to seek other financing avenues for their projects. Crowdfunding may be the answer.

Hillary Clinton, Wendy Kopp, Meg Whitman have made strides towards women empowerment across a breadth of professional disciplines. Among these attempts to eliminate the gender gap, crowdfunding is serving as another channel to level the playing field in business. In the last couple years, an influx of female entrepreneurs have entered the crowdfunding sphere and leveraged the democratization ethos that this funding mechanism promises.

Although women hold a disadvantage in securing capital, crowdfunding has proved to be a successful alternative. In fact Mrs. Weisul of Inc.com notes that female founders are more likely to achieve their fundraising goals than men when posting their pitches on crowdfunding platforms.  Simply put, the democratized nature of crowdfunding is more attractive with female spearheads. If one interprets businesses as communal organizations coupled with the element of transparency, a fundamental aspect of crowdfunding, female leadership is more trusted.  One thing’s for sure: there is no obvious explanation for this phenomenon.

Moreover, women make up a large portion of potential investors that can facilitate the progress of enterprises regardless of gender. At the annual Summits of the Angel Capital Association, 28 percent of the investor attendees were women. The summit can be considered a sample of the general investor population, and the percentage can be reasonably appropriated to the actualized demographic breakdown. But in order to make this feasible, many agree that women need the same level of trust and autonomy in the capital-raising sphere. Crowdfunding is providing an alternative channel that is reinvigorating the way women are securing capital, amidst the subliminal biases working against them.

Although women today create twice as many businesses as men, they face more impediments. Female founders have experienced more success with fundraising platforms as opposed to more traditional means of capital raising, such as venture capital and investment banks. According to CircleUp, female business leaders are almost ten times more successful in raising capital with online platforms than with traditional banks, and five times more successful compared to their venture capital investments. One variable compounding this effect is the surge of women-led venture capitalist firms. More female venture capitalists lead to more female entrepreneurs being funded. Nowadays, women own close to 10 million businesses in the U.S. 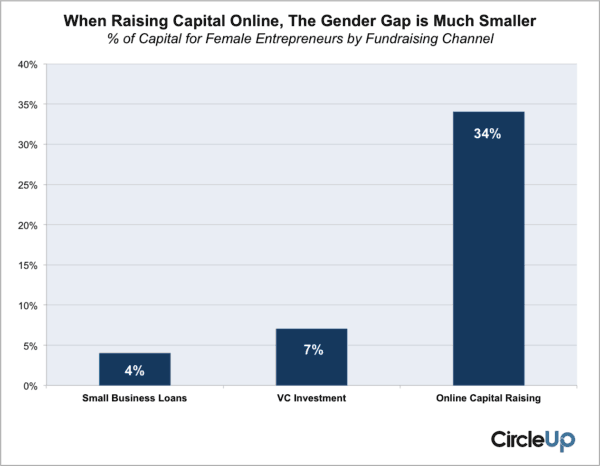 Crowdfunding may not only grow the overall amount of money available to small businesses, but it may also augment the slice of funding that female entrepreneurs receive.

Women are finding more success on crowdfunding platforms, but more importantly, they are also seeing a competitive advantage over their male counter parts. Teams made up of only women have seen a 40 percent increase in their chances of achieving fundraising goals. Similar success stories are found in the tech industry. The success rate for women-led crowdfunding projects was 65 percent as opposed to just 35 percent for men.

Analyzing crowdfunding campaigns collectively, about 42 percent are run by women. Furthermore, women raise more money on these platforms than men both in terms of the number of contributors and the nominal amount.

Why Crowdfunding Fits with the Female Disposition 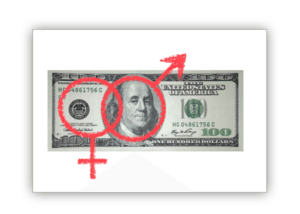 Women are great collaborators and communicators, which are necessary skills in order to succeed in the crowdfunding space. On the other hand, according to USA Today, women tend to lack confidence and consistently rank behind men in understanding financial products and possessing acumen for valuable financial investments .  Therefore, women hold an inclination towards charity – read as rewards-based capital raising – as opposed to traditional investment tools.

The strong emphasis on pitches to secure funding necessitates confidence and presentation as the core characteristics of an entrepreneur. Women may be at a disadvantage due to this unconscious and frankly, unintentional bias. The format of pitch sessions force women to carefully craft a pitch that demonstrates a dynamic and compelling disposition, and men are found to be more suitable for this supposition. On the other hand, the online platform provides an opportunity for women to write strong profiles that demonstrate the leadership qualities investors are seeking. Crowdfunding eliminates the pitch stage and therefore excludes the bias that may emerge during a presentation by a female entrepreneur.

Companies specifically geared towards women’s products are also prominent in the crowdfunding sphere. For example, Willa is a natural skincare company and raised about $1 million on in 2012. Sustain is a socially conscious condom company, which raised $600,000 and markets primarily to women. Sustain also donates a part of its profits to improving women’s reproductive health. Moreover, Thinx is an underwear and feminine hygiene startup, which raised almost $85,000 last year. Thinx makes fashionable underwear for menstruating women, providing an alternative to tampons and pads. The company easily surpassed its fundraising goals, and a subsequent crowdfunding campaign raised almost twice its initial ask. Finally, Ouya is a video game console-maker that raised $8.6 million and has a female spearhead.

Implications for the Future of the Female Entrepreneurial Landscape 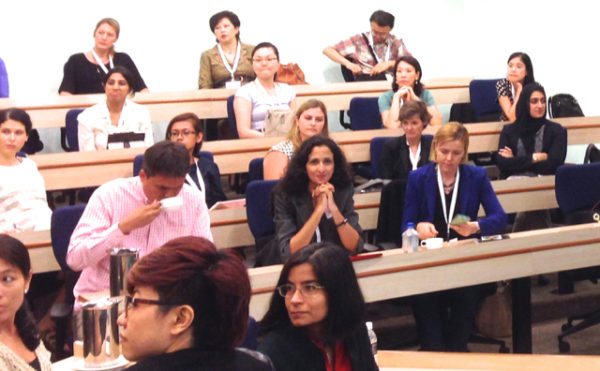 Undoubtedly, the next decade will be fruitful for female entrepreneurs, as online equity crowdfunding platforms provide an effective avenue to access large networks of investors in an efficient manner. Evidently, online platforms have served to mitigate the often stubborn gender bias that permeates through the financial services industry. Crowdfunding is leveling the playing field by providing a buffer to diffuse this unconscious and unintentional bias.

Moreover, crowdfunding’s benefit towards women is multifaceted. For one, crowdfunding increases the participation of women on the investing side while also providing more financing outlets for female entrepreneurs. The long-term effects of crowdfunding’s emergence also appear bright, as women can find subtle benefits for starting businesses. If women’s businesses flourished at the same rate as men’s, they would spark 15 million jobs in the United States. Crowdfunding can make up the difference for women-owned businesses in male-dominated industries, such as tech and videogaming. 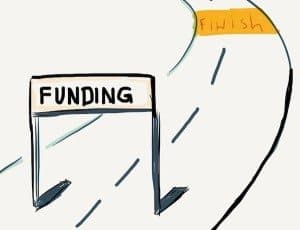 Admittedly, the roadblocks outlined above pose many problems for the rise of female entrepreneurship. In order to circumvent some of these challenges, women entrepreneurs could serve as mentors and role models in order to help stereotypes change. Additionally, the media can play a role in fostering more positive portrayals of women. A study by the Global Media Monitoring Project found that media coverage seldom features women as subjects and when they do, almost half of the content reinforces negative stereotypes.

Many assert that the unconscious bias will persist long into the future and regardless of the medium. Whether or not fundraising takes place online or in person, the bias will likely continue unless something disrupts the status quo. And one can only hope. 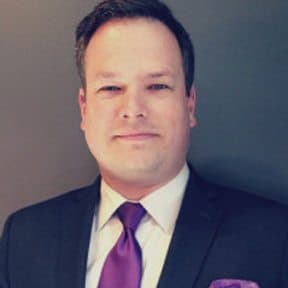 Chris Tyrrell is the chief executive of OfferBoard Group, and Chair of the industry trade association CFIRA. He has more than 15 years of experience in entrepreneurship, financial law, technology and capital markets and has been involved in over $20B of financing transactions. As an attorney, Chris specialized in asset-based finance at the Wall Street law firm Cadwalader, Wickersham & Taft. Before joining OfferBoard, Chris managed a multimillion dollar family office.”