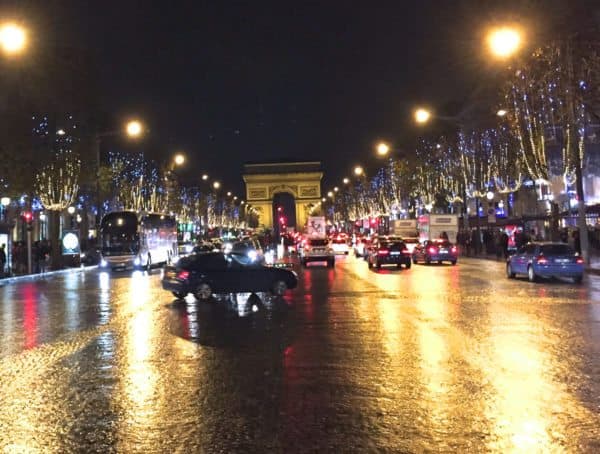 Financement Participatif France (FPF), the French national association of crowdfunding platforms has released the sector’s market numbers for the first semester of 2015: a 100% increase from the same period last year. Results were said to be “encouraging” as France is still a very long way from catching up with the UK. Among the needed improvements, the association listed 15 regulatory hurdles and how to remove them. 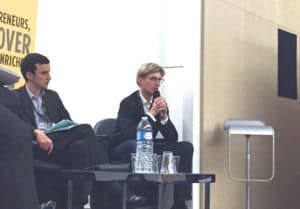 During the first semester of 2015, French crowdfunding platforms raised €133 million worth of funds, more than twice the €66 million raised in S1 2014. Crowdlending grew 128% and, at €85 million, now represents nearly two-thirds of the total market. Crowdinvesting grew 147%. At €24 million or 18% of the total market, it just passed the more mature sector of donation and rewards-based crowdfunding which grew only by 24% semester on semester. 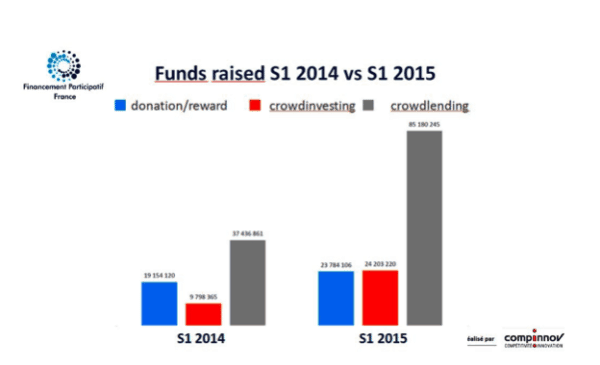 Some indicators such as the number of projects funded (12,193, a 13% increase from the first half of 2014) were not as high as they should be in regard of the increased number of platforms. Only a few platforms have already folded, or, rather, stopped operating. But France’s economy is still weak and we can expect that the market will enter a phase of competitive turbulence that only the fittest will survive.

Among the positive developments, the president of FPF highlighted the growing share of co-investing by institutional investors, estimated at €15 million. 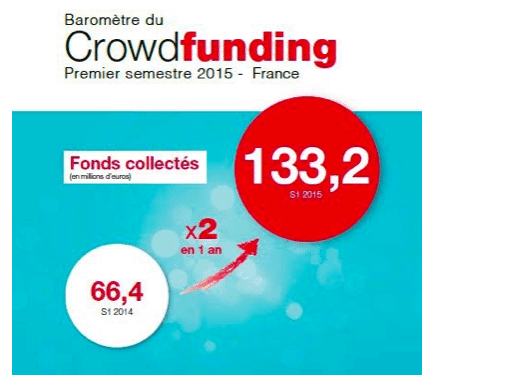 All in all, the sector’s healthy growth was labeled “encouraging” rather than great. France’s crowdfunding started later and remains far behind the UK’s which is 15 times bigger and still growing strong. The 2014 crowdfunding regulation gave the French market a boost but now that other countries are catching up with favorable regulations, France runs the risk of falling behind. The FPF association is therefore looking to the government to remove some of the remaining regulatory hurdles that hamper growth and innovation. To that end, it has proposed 15 regulatory changes which revolve around the following themes:

Given the important role of crowdfunding in supporting small and medium-sized businesses, the association is confident that the French government will be receptive to its proposals.