The Crowdfunding Centre in the UK has released an infographic on the state of crowdfunding in advance of UK Crowdfunding Week, which is scheduled for next week (November 16-22nd).  The platform tracks rewards based crowdfunding projects and has created an interesting compendium of projects from January 2014 to October 2015.  In brief some of the bullets include:

On average over 408 projects are launched each day 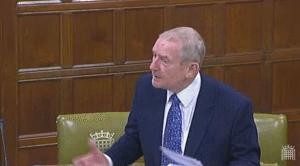 Barry Sheerman, an MP who chairs the All Party Parliamentary Group on Crowdfunding and non-bank Finance was quoted on the data;

“Crowdfunding is creating new opportunities, supporting grass-roots entrepreneurs across the country by providing seed funding and direct access to local and global markets. We need new thinking in this area, new ways to understand and measure what is as major a disruption to the entrepreneurial economy as iTunes was in music and Amazon in retail. Most of all we need to grasp this golden opportunity to support entrepreneurs everywhere and work with them to create jobs where they’re most needed. I will be writing to Business Secretary Sajid Javid to invite him to fully engage with our All Party Group and make good use of all the data we now have at our disposal.”

Barry James, the founder and CEO of the Crowdfunding Centre as well as the creator of Crowdfunding Week, said the numbers rival the UK government’s startup loan programme.

“If this were a public funded government initiative we’d all have heard about it as it is it’s seed funding so many more entrepreneurs than either the private sector or any government backed mechanisms. It’s FinTech for entrepreneurs. It’s time for the government to look at modernising the way they understand and measure these things, and so support entrepreneurs and business creation”.

“We will also be sending our report to the British Business Bank and making all the relevant data available so that hopefully by the next Crowdfunding Week we can work with them as well as the Department for Business Innovation and Skills to fully research this important and permanent change to the UK’s entrepreneurial economy and how it can be properly reported and supported,” stated James.