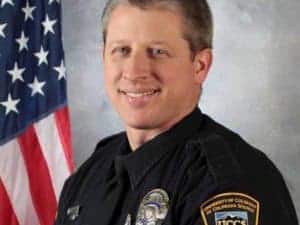 Last month, Officer Garrett Swasey, a police officer at the University of Colorado – Colorado Springs, was killed during the recent attack on the city’s Planned Parenthood office. Immediately following the deadly situation, a YouCaring campaign was launched to help the victim’s family.

The project’s description revealed that Swasey has left behind a family including wife Rachel Swasey (nee’ Aguilar), and two young children, daughter Faith 6, and son Elijah 11: 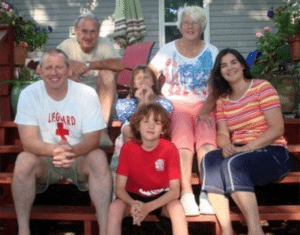 “Garrett was passionate about his role as a police officer, his family and his faith.  Originally from Boston, he moved to Colorado Springs in the early 90’s to train at the Olympic Training Center as a champion ice dancer before retiring and moving into law enforcement.  Garrett was an Elder who lead various worship teams and played guitar at his church Hope Chapel.

“Although funeral costs will be covered by the police, this campaign will be used to start an education fund for his two young children.”

Since its launch, the campaign has raised nearly $240,000. It was set up by a friend of the Swasey and all funds will go towards Rachel Swasey, adminstered by her sister, Christine Aguilar.