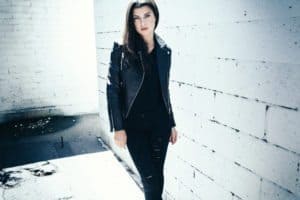 Following a “Testing the Waters” (TTW) campaign where DSTLD generated indications of interest to purchase equity in the company from over 2100 individuals totalling $13.27 million, the company has decided to move forward and raise capital under Reg A+ equity crowdfunding.

DSTLD is a fashion brand that has taken a direct to consumer approach thus selling high quality clothing at a reduced cost.  The company claims to be able to reduce the cost to consumers by up to 80% off retail. Mainly known for its jeans and denim, DSTLD seeks to take a cut of the $200 billion “fast fashion” market.  The LA based apparel company was launched in 2014. Since that time, DSTLD has sold over 54,000 items while generating $3 million in top line revenue.  The company stated it expects to expand their collection soon with new developments in both their Men’s and Women’s denim collections, plus outerwear.

DSTLD stated they were “the first fashion company to explore this fundraising alternative,” under Reg A+, a new securities exemption that allows issuers to raise capital online.  DSTLD connected directly with its existing consumer base in an email that said;

“Because of your enthusiastic response, we’ve decided to file with the SEC to allow customers to buy shares of DSTLD. We will be opening up our live equity crowdfunding campaign to our community in a few short months and we would like to invite you to learn more.”

The preliminary offering memorandum is now available for review on the SeedInvest campaign page. According to the document, DSTLD hopes to raise up to $10 million at a price per share of $0.90. At this time, no minimum funding amount has been set.