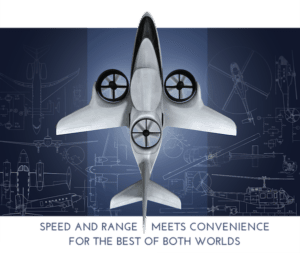 XTI Aircraft, a company that seeks to deliver a vertical take off and landing aircraft to a far wider audience, has now raised $1 million in an equity crowdfunding round on StartEngine. The goal is to raise $3 million in equity and the company is now “redoubling efforts” to help raise the remaining funds.

XTI, raising capital under Reg A+, initially launched a “Testing the Waters” (TTW) initiative earlier this year.  Crowdfund Insider last reported the company had received over $20 million in non-binding interest from potential investors. According to the offering circular, XTI has until April 30, 2016 and time is running out. If the $3 minimum is not raised, all subscriptions will be refunded without deduction or interest.  The $3 million is “essential” to accelerate development of their TriFin 600 aircraft. XTI states that, as of today, over 700 individuals have committed to fund the concept with investments ranging from $350 to $50,000.

“In order to fund these development plans, this phase of the campaign is focused on generating further participation from our supporters, increasing our conversion rate and reaching our $3 million goal,” stated XTI founder and Chairman David Brody. “For everyone who is excited by this groundbreaking spectacular airplane and wants to get in on the ground floor of bringing the TriFan 600 to market, now is the time to invest.” 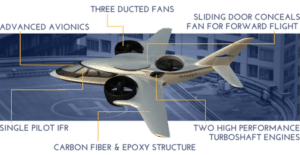 XTI also stated that early investors would be able to buy or sell shares on a public market without disclosing a specific market.