The European Union has put the brakes on regulating blockchain (the technology that underpins bitcoin); an EU parliamentary committee agreed on Tuesday in the latest example of a “softly-softly” approach by authorities towards financial services, according to the release. 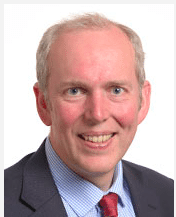 “We don’t want pre-emptive regulation, but we do want precautionary monitoring,” Jakob von Weizsaecker, a German member of the European Parliament, told Reuters. “One reason why regulating now in detail would be difficult is that we don’t know yet what the most important use of blockchain might be.”

The parliament’s economic affairs committee backed his report on virtual currencies such as bitcoin and blockchain, also known as distributed ledger technology. Regulators and policymakers are keen not to stifle innovation and risk losing out in a global race to exploit such financial technology, or fintech. Blockchain’s proponents say it will “disrupt” finance by slashing the cost of payment transactions and settling stock trades.

Von Weizsaecker’s report asks the European Commission to set up a task force to monitor blockchain. The task force should make recommendations for any necessary legislation though it should not be heavy-handed as blockchain can offer significant opportunities to consumers and economic growth, according to the report.

Christopher Giancarlo, a member of the US Commodity Futures Trading Commission, said last month that regulators should “do no harm” and allow blockchain to flourish. Britain’s Financial Conduct Authority will allow testing of fintech innovations on consumers from May in a controlled environment, or “sandbox”, before considering new rules. But SWIFT, the global electronic messaging system used by 11,000 banks, said this month that blockchain was not mature enough to fulfil the requirements of the financial community, though others see it as only a matter of time. 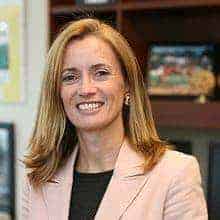 “Some of the technology considered new-fangled, untested or unproven today, including distributed ledger technology, will become mainstream within the next ten years,” Wall Street veteran and head of a blockchain start-up, Blythe Masters, said last week in London. Uncertainty over regulation was hindering the development of blockchain, Masters added.

Both the European Central Bank and the Bank of England are said to be experimenting with blockchain.