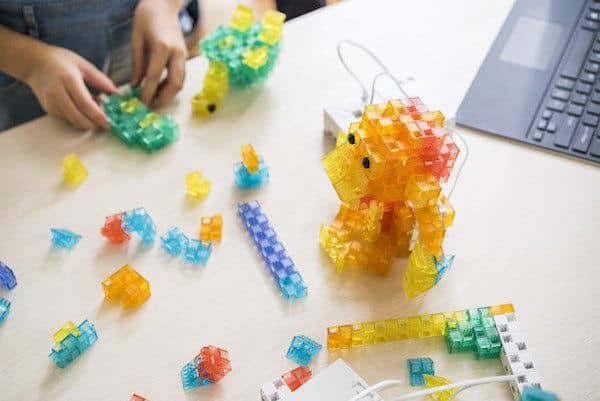 Tech giant Sony, in conjunction with Sony Global Education, has launched a crowdfunding campaign on Indiegogo to raise $100,000 for the coding and robotics kit, KOOV.

KOOV is described as a robotics and coding educational kit that is made up of blocks, sensors, motors, and actuators. It is accompanied by an app that teaches kids core concepts about design, coding, and robotics. It also features a secured social space that will allow children to share their designs and codes with other kids from around the world. Sony reported:

“The blocks can be assembled into any shape, with the final figure capable of being controlled as a robot. The kit encourages learners to ‘Play’ by building with 7 kinds of translucent blocks, ‘Code’ by controlling the assembled figure through the KOOV app, and ‘Create’ by embracing their creativity and imagination.”

Here’s how it works: 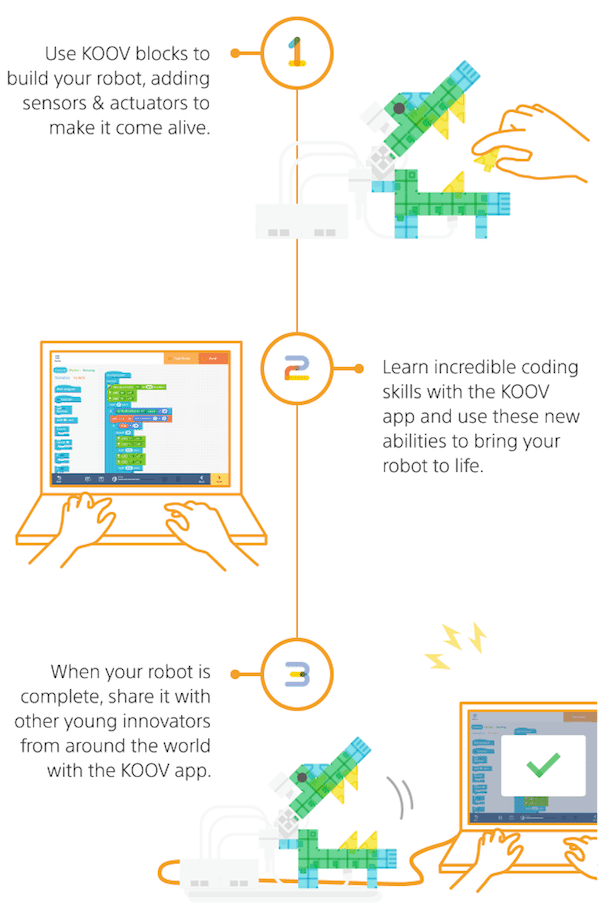 According to Sony, the Sony Global Education team has developed the kit as a “fresh” approach to learning robotics and programming. It is already available in both Japan and China. Now, Sony is seeking to expand the KOOV program and launch in the U.S. as a way to gain feedback and insight into the American market.

“Sony Global Education believes that the teaching materials for robotics and programming will play a major role in cultivating STEM literacy and nurturing the next generation of problem solvers.”

The KOOV starter kit is currently available through the Indiegogo campaign for $287. Estimated delivery date is set for November 2017. The campaign will close on July 20th.