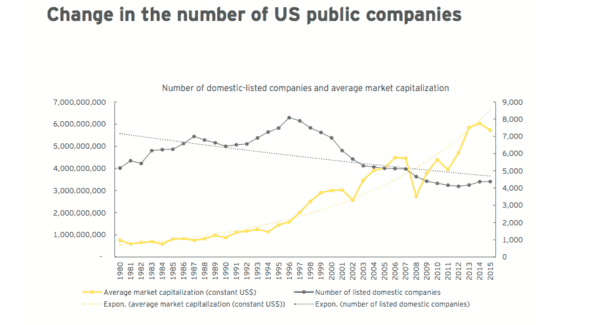 EY presented last week at the SEC Investor Advocacy Committee meeeting. The topic of the morning discussion was the decline in IPOs. As part of the presentation a report by EY was distributed.

During the dot-com peak in 1996, public listings in the US hit a record high of more than 8,000 domestically incorporated companies with an average market capitalization of $1.8 billion. But since that time, the number of domestic US-listed public companies has decreased “precipitously”, explains EY. 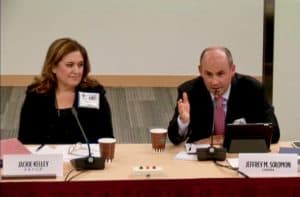 Looking Behind the Declining Number of Public Companies, a paper by EY, says IPOs are down but companies are raising more money than ever when they make the leap from private to public.

Simultaneously, EY says the typical profile of today’s emerging company is often a better fit with the private market than in previous economic cycles when companies required heavy capital investments or had more predictable business models. There is an ocean of private capital chasing the next unicorn. 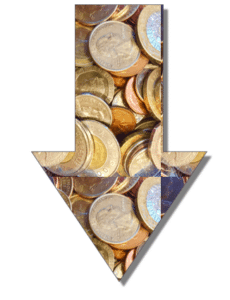 Additionally, private companies are able to take more risk and new, non-traditional trading marketplaces have arisen to provide liquidity for early shareholders thus easing the need to go public. VC backed mergers and acquisitions play a role too. Congress, in an odd twist, has become an enabler with the JOBS Act of 2012 that increased the accredited investor limit from 500 to 200o thus making it easier for firms to stay private longer.

But who loses out in all of this?

EY believes that capital markets are “fundamentally healthy” but important questions need to be answered. Specifically;

Policy makers need to first decide how to best serve each constituent party of the equation: issuer, investor, shareholder and market maker.

Read the EY report below.