AdEx, a next-generation online ad exchange, will hold a crowdsale beginning Friday, June 30, 2017 to support the development of the platform and promote its adoption. During the crowdsale, 80% of the ADX token will be offered and the rest will be distributed to the team, advisors, bounty program and WINGS DA, a team of blockchain and contract professionals aiming to bring blockchain-enabled projects to the mainstream. Following the crowdsale, the first AdEx prototype will be delivered as early as February 2018, and it will include a basic ad bidding system with a front-end for advertisers and a front-end for publishers, as well as an SDK for publishers.

The Ethereum-based platform also announced a partnership with video entertainment publisher Stremio for AdEx’s decentralized blockchain-based advertising network.  The AdEx platform uses cryptocurrency and blockchain technology to disrupt and replace existing digital advertising models by addressing advertising fraud and privacy while providing a solution for advertisers to collaborate with ad publishers and potential clients. Stremio, also founded by Ivo Georgev, will provide its video entertainment platform for AdEx, claiming to be the first blockchain advertising network to partner with a publisher. 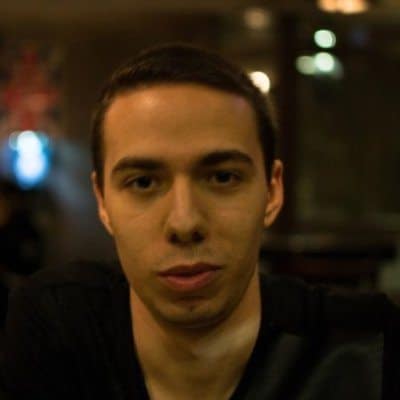 “There is no shortage of ad networks; however, few networks have explored a viable solution to the widespread ad fraud, misleading reports on results, privacy and data abuse,” said AdEx Co-Founder and CEO Ivo Georgev. “AdEx’s decentralized approach takes advantage of blockchain technology and cryptocurrency to provide an ad network that is completely secure, transparent, and accessible for all browsers and regulated by its users.”

The Ethereum-based, ERC20-compliant AdEx token allows smart contracts to remove the need for intermediaries, easing the complex process of choosing, tracking, and buying ads. The ADX token will be used within the AdEx network to buy or sell ad space and time. Within the platform, advertisers create ads and place bids for them, setting the bid in ADX tokens. Advertisers can then bid for impressions, clicks or sign-ups and purchases; and once Stremio accepts a bid, the token will be locked until Stremio proves it has completed the goal. At that point, the token is then transferred to Stremio’s balance.

AdEx’s business model aims to benefit advertisers, publishers and end users, giving advertisers  more control of their ad spending, eliminating ad fraud and receiving a higher return and more interest from advertisers, more targeted ads and increased end-user satisfaction, while end users will be able to receive relevant ads without sacrificing personal data and privacy. In addition, AdEx notes that its users may take certain “incentivized” actions within the network to produce additional tokens, which will aim to ensure the controlled demand, inflation and circulation of tokens.