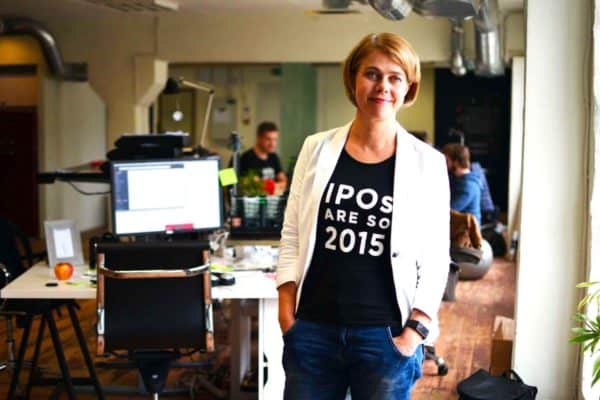 Founded in Estonia and headquartered in the UK, Funderbeam is a Blockchain-powered platform for cross-border startup funding with an extensive information database, a primary market for fundraising and a secondary market for equity and debt trading.

Funderbeam was founded in 2013 in Estonia by Kaidi Ruusalepp, a former CEO of the Nasdaq OMX Tallinn stock exchange and Urmas Peiker, a former banker. As they were developing a financial education game, the entrepreneurs realized that the capital market for startups was badly in need for improvement. The market was draining huge amounts of money ‒ $138 billion globally in 2016, even after slipping down from 2015’s peak. Yet, it lacked openness, transparency, liquidity and cross-border access.

There was no open source of information on startups, no common metrics, no secondary market for private equity shares. Investors were stuck with illiquid capital. And there was no cross-border access to capital.

“A giant anachronism of early-stage investing is that there is no liquidity.” Urmas Peiker, co-founder, Funderbeam.

Funderbeam’s founders were convinced that new technology could solve these problems and disrupt startup funding beyond what had already been achieved through equity crowdfunding and other funding platforms. It’s only later that they found in the Blockchain the disruption agent that would enable them to realize their vision.

From the start, however, they believed that a funding platform should bring under one roof the three pillars of startup funding: information to make informed investment decisions, a primary market to raise funds, a secondary market for liquidity. Funderbeam, as they put it, is “Bloomberg, NASDAQ and AngelList combined.”

Data was the first market Funderbeam tackled in 2014. The company aimed at using technology to provide high quality and transparent data about startups and to make it accessible to all investors, however big or small. 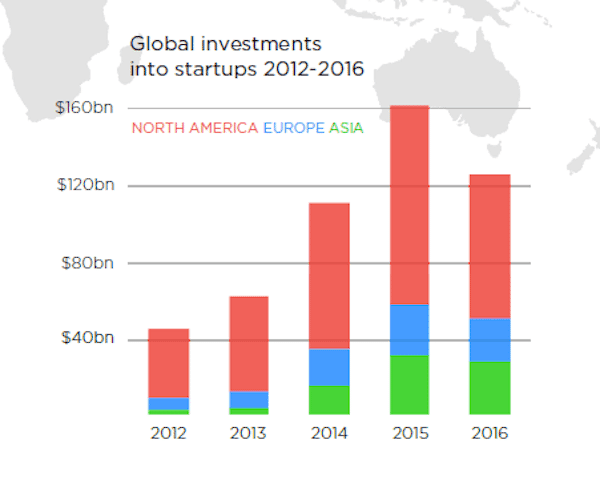 The data comes with a suite of tools such as search filters, competitors’ mapping, startup and investor tracking, and predictive analytics (for example, next funding round probability) available upon subscription. A widget and APIs enable the wider distribution of data.

Every quarter, the company publishes a global funding report which breaks down trends and patterns in startup funding by region, industry, and stage of development.

For the time being, the platform positions itself a pure technology solution designed to create and service investment syndicates. It is not regulated as a financial services company and relies on regulated partners for regulated activities such as payments.

Investment syndicates can take multiple forms and different legal status, as appropriate to trading different instruments (equity, convertibles, funds, and bonds) and involving investors with different levels of qualification. Special purpose vehicles (SPVs) are set up for each investment round and managed by a lead investor who is obligatorily a qualified or professional investor. Investors attracted by a project join the syndicate and lend money to the SPV through a bullet loan.

The syndicate model gives companies much flexibility to raise money. They may choose to do so privately among qualified investors, or publicly among the crowd, while only adding one shareholder, the syndicate’s lead, to their cap table.

The expertise of the lead investors, their ability to structure the deal and convince a pool of passive backers, is critical to the success of the model. They are incentivized by a carry fee and the possibility to negotiate better terms.

Each investment is tokenized whereby each digital token represents its owner’s rights in the investment syndicate. All transactions are recorded in the Blockchain, making investing transparent and secure. The system handles multiple currencies.

“Blockchain is the trust enabler for exchanging assets across borders where trust is lowest;” Kaidi Ruusalepp, co-founder and CEO, Funderbeam

Judging from the first syndicates launched in 2016, the proposition found its cross-border audience:

In little less than a year the platform has raised more than €3.8 million from investors in 93 countries.

Several companies have used Funderbeam again after their funding rounds, raising funds in greater amounts and from a more diverse investor base.

Secondary Market: Trading on the Blockchain

Secondary market trading is where the full power of the Blockchain comes into play. Funderbeam investors can trade their investment tokens whenever they wish.

Funderbeam’s Blockchain application was designed by ChromaWay, a Swedish developer of open source enterprise platform for colored coins, i.e. assets’ representations. As they directly represent assets, and not a digital currency equivalent, colored coins can transfer these assets’ property using a Bitcoin protocol without being affected by fluctuations in the price of the bitcoin currency. ChromaWay’s application is cloud-based and accessed on Funderbeam through an API. It is one of the small, but increasing, number of fully functional, real-world financial applications using Blockchain.

The Blockchain opens for investors a path to liquidity, unhindered by national borders. The transactions recorded on the Blockchain cannot be tampered with. They are transparent and secure.

So far, there have been 719 trades with a value of more than €250,000 completed, which is promising given the very short history of the platform. 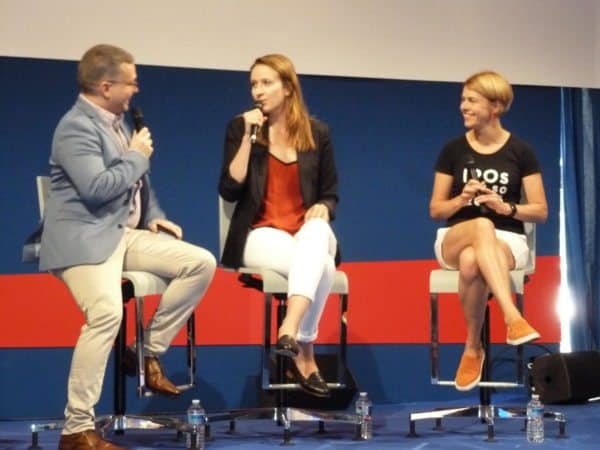 This is what Kaidi Ruusalepp’s favorite t-shirt says: “IPOs are so 2015.”

Funderbeam indeed sees itself as a stock exchange for startups. A new generation exchange that could significantly speed access and lower the cost of capital for startups, as well as increase transparency and convenience for investors.

If the Blockchain fulfills its promises, such an exchange could radically simplify the clearing and settlement process that is currently cruelly lacking in private equity and private debt, without recreating the costly, complex, slow (and often error-prone) processes characteristic of classical stock exchanges.

Listening to Kaidi Ruusalepp speak at VivaTech in Paris, it was clear that she does not belong to the naïve Blockchain-fans who turn a blind eye to the limitations and hurdles that need to be overcome to realize the promise.