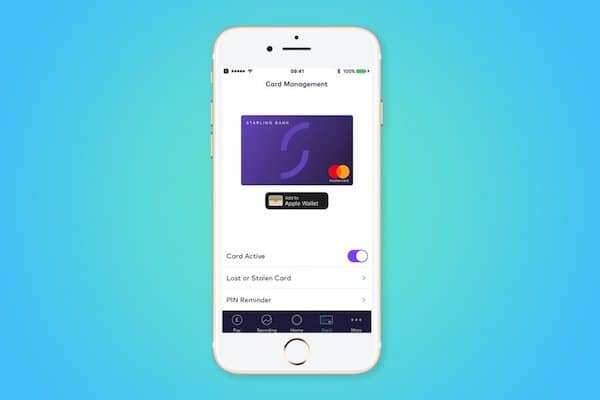 UK-based digital-bank startup Starling Bank has announced it plans to raise £40 million from investors as part of its global expansion. Starling Bank describes itself as a fintech business with a banking license, fully regulated by the FCA and PRA. We were granted a banking license by the Bank of England back in July 2016 and now we’re out in app stores. Speaking about Starling Bank’s expansion plans, CEO Anne Boden reportedly stated:

“As Starling Bank continues to grow, and our customer base expands every day, this funding will help us consolidate our current share of the market and drive our growth both in the U.K. and internationally.”

The expansion funding plans come just a couple months after Starling Bank began to offer Apple Pay support. As previously reported, the company claims it will be the first bank in the UK to offer the ability to setup Apple Pay right within its app. This means that new Starling customers will be able to add their card to their digital wallet with a single tap even before the physical MasterCard Debit Card arrives in the post. Julian Sawyer, Chief Operating Officer at Starling Bank, shared at the time

“Introducing Apple Pay is a great step for Starling as a digital only bank. Apple Pay has led to transformation in how customers can pay online and offline, so it’s a natural step for us given our focus on delivering great customer experience and fast, easy, secure ways to pay. Many of our customers have been eagerly awaiting this announcement so we are pleased to bring Apple Pay to them.”

“Security and privacy is at the core of Apple Pay. When you use a credit or debit card with Apple Pay, the actual card numbers are not stored on the device, nor on Apple servers. Instead, a unique Device Account Number is assigned, encrypted and securely stored in the Secure Element on your device. Each transaction is authorized with a one-time unique dynamic security code.”