Car insurance company Root Insurance announced on Thursday it is expanding its services to drivers in Illinois, Utah, Oklahoma, and Indiana. Founded in 2015, the Ohio-based insurtech company claims to be the first insurance firm that was founded on the “principle of fundamental fairness.” It has created personalized products that give good drivers the protection they deserve. 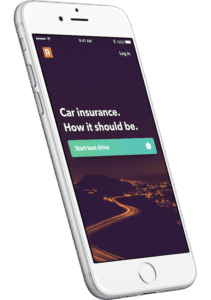 “Technology is making almost every aspect of our daily lives easier, but the insurance industry is still too far behind the tech curve. We have access to real-time insights that can more accurately predict risk than ever before, providing good drivers with rates they deserve and helping them avoid paying for bad drivers’ mistakes. This will help good drivers at a time when insurance rates are rising across the nation with no end in sight.”

“Technology is transforming the automotive industry—and new semi-autonomous and autonomous features are making the road safer for everyone. Drivers who take advantage of this technology deserve better rates. We’re excited to reward them.”

The company now offers services in six states, with Ohio and Arizona included.