GoodBox, a tech-company focused on building solutions that connect donors and causes, surpassed its initial £2.4 million funding target through its Seedrs campaign. The funding round was launched in November and attracted more than 575 investors, including tennis star Andy Murray. 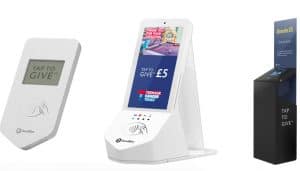 As previously reported, GoodBox was founded in 2016 by ex-Credit Suisse investment banker Andrew O’Brien and Francesca Hodgson. It describes itself as a technology company solely focused on building solutions that effortlessly connect donors and causes. Its flagship product modernizes a familiar but dated form of donating: the coin collection box.

“How often do you pay with a card instead of cash? Debit Cards alone have already overtaken cash, and by 2021 only 27% of transactions will involve coins or notes. This is a major problem for charities as more than half of donations made are cash. An alternative means of giving is urgently needed.” 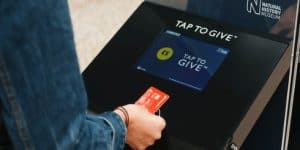 “It has been three years in the making but we’re finally there. We are building a business that fulfils charity needs, but also addresses some of the major inefficiencies that persist within the sector. Although our journey begins with the charity sector, we’re by no means limited to it. From conversations with the English National Ballet to Manchester City FC, Royal Parks to Chichester Cathedral, GoodBox is ready to take off. We are excited about the next phase of our journey with this round of investment on Seedrs.”

All funds from the Seedrs round will be used to continue GoodBox’s expansion. It is set to close later this winter.