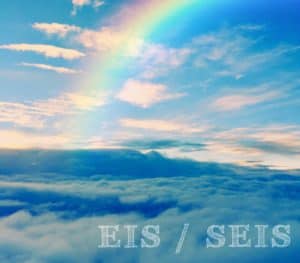 We recently published an article from John Auckland, from TribeFirst, about HMRC’s new SEIS / EIS guidelines. Since we released this, the crowdfunding platforms met with HMRC to discuss the potential limitations these guidelines might present for companies looking to raise money through crowdfunding, so an agreement was made and an update issued. HMRC has been very clear that they don’t want to discourage crowdfunding in any way, so they expedited the update before the old guidelines could have a negative effect.

We spoke to John Auckland to ask for his views on the revised HMRC SEIS / EIS advance assurance application guidelines.

So what happened exactly?

We’ve had an update to the SEIS / EIS guidelines only weeks after the new ones were issued. HMRC were inundated with speculative advance assurance (AA) applications, which were impacting the office’s ability to respond quickly. Loads of companies were sticking in an application just in case they needed AA in the future, which is unfair on the companies looking to raise imminently. So, understandably, HMRC insisted on a company proving that they were taking steps to fundraise soon and that they were likely to be successful, including asking for evidence of lead investment, or a sponsor. I asked my representatives at the platforms whether they classified as a sponsor, and in turn they put the question to HMRC. The response came back that they weren’t sponsors since so many campaigns either failed to make it on the platforms, or failed to fund even if they did. This obviously made the industry incredibly nervous, since SEIS and EIS have been a catalyst behind the incredible success of equity crowdfunding in the UK.

HMRC didn’t intend for their new guidelines to stifle the industry, so in response they arranged a meeting with the platforms to come to a new agreement as soon as possible.

What do the updated guidelines say? 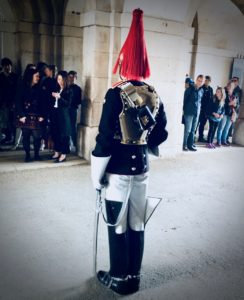 It’s understandable that HMRC met with the platforms so quickly, since crowdfunding has been a huge success story in driving innovation in the UK, as a result of which we are arguably the European leaders in the startup scene. The new guidelines ruled out crowdfunding platforms entirely, focusing instead on entrepreneurs listing their named investors, but the updated guidelines now have a clear space for crowdfunders.

“Companies that have never raised an investment under one of the tax-advantaged schemes (the SEIS, EIS, VCTs or SITR) must demonstrate their intention, and their likely success in raising the money, by providing information about their prospective investors in their advance assurance application. Companies must have engaged with individuals or business promoters who have agreed their investment plans are viable and are likely to attract investors”

Specifically in relation to crowdfunding, a company must provide the following:

“…evidence, for example letters or emails, to demonstrate that the company has engaged with and begun the screening process with the platform. It is not enough for the company to show it has approached a platform; there must be confirmation that the platform accepts the company may be a viable investment for its customers and that further engagement is underway.”

So in essence you must show you are being seriously considered / have begun initial screening for listing by a platform, most of which provide some kind of selection process to ensure there is a degree of quality in the proposition, and that there has been a process of due diligence. However, there is a high likelihood that a lot of these campaigns will go onto fail, so the new guidelines have allowed a degree of speculation to sneak back in.

Is this good for the industry, or bad?

I wasn’t as upset as many people in the industry were about the new guidelines, because I feel that the overall success rates in the industry are lower than they should be, which creates a lot of wasted effort and bad sentiment amongst failed campaigners. I felt all campaigners should be well prepared and have lead investment lined up in advance, so it might add a bit of extra time to the average fundraise, but the increase in success rates would be worth that effort.

However, the other side of the argument is that crowdfunding is all about democratising the startup scene and providing the cream of the innovation crop to rise, so anything that potentially stifles opportunities should be considered as bad. Even worse would be over regulation, or too much reliance on curation by experts, which equates to too much reliance on a few individuals who don’t necessarily know how the crowd will respond to a specific idea.

So I think the new updated guidelines present a good balance and I believe they will be good for the industry. However, I would have liked to see indication of a higher likelihood of approval when companies were both accepted onto a platform and had evidence of lead investment lined up, or evidence of an existing community that they can reach out to for funding. I feel HMRC and the platforms had an opportunity to put a quality control measure in place that would have improved success rates without dampening anyone’s desire to opt for crowdfunding as a means to raise funds.

When the new guidelines were initially published, I made a prediction that they would be good for the sector as a whole as it will increase success rates. I do think this will still be true, because it will make a company think before they submit their advanced assurance, and it will free up HMRC to respond to genuine applications faster. However, my advice to anyone looking for crowdfunding is still to line up as much as you can before you launch your campaign, because it can’t hurt your application to have both platform approval and lead investors. And it will undoubtedly improve your chances of success.