Global internet and entertainment group Naspers announced on Thursday it is planning to sell up to 190 million Tencent Holdings Limited (Tencent) shares, equal to approximately 2% of Tencent’s total issued share capital, which would reduce its stake in Tencent from 33,2% to 31,2%. The funds will reportedly be used to reinforce Naspers’ balance sheet and will be invested over time to accelerate the growth of Naspers’ classifieds, online food delivery and fintech businesses globally, and to pursue other growth opportunities. 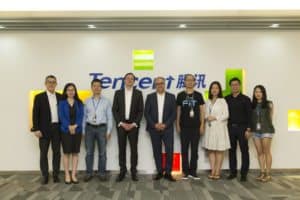 Naspers also reported that it will not sell further Tencent shares for at least the next three years, in line with its long-term belief in Tencent’s business. The company stated:

“Shareholders of Naspers are advised that the Transaction, if successfully implemented, is likely to constitute a category 2 transaction in terms of the Listing Requirements of the Johannesburg Stock Exchange and may have a material effect on the price of Naspers’ securities.  Accordingly, Naspers shareholders are advised to exercise caution when dealing in Naspers’ securities until a further announcement is made.”

Founded in 1917, Cape Town-based Naspers reports that its companies connect people to each other and the wider world, help people improve their daily lives, and entertain audiences with the best of local and global content. It operates in more than 120 countries and markets with long-term growth potential, Naspers builds leading companies that empower people and enrich communities. The company claims it runs some of the world’s leading platforms on the internet, video entertainment, and media.