Bitcoin and crypto’s unofficial chief philosopher has released a video of a talk he gave on ‘globalized decentralization’ at the PanamaChain conference in Panama City May 6th.

Andreas Antonopoulos is the author of two important books on Bitcoin: The Internet of Money (for lay audiences) and Understanding Bitcoin (for the technically-inclined).

His currently working on a technical book called Understanding Ethereum. 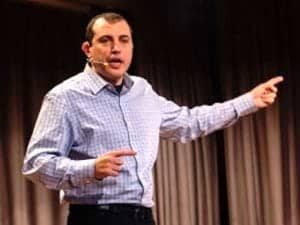 The May 6th talk spanned everything from the importance of multi-lingual crypto education to resisting control-seeking globalization and the eventual obsolescence of banking as we know it.

“The biggest focus for me of the past two years,” Antonopoulos said, “has been internationalizing this message. (For a second-language person) being able to understand technical concepts in English is very difficult.”

Fortunately, said Antonopoulos, many volunteers have translated his books and many of his YouTube videos into Spanish and other languages.

He reminded the audience that all of his work is open source and may be freely used in the creation of courses.

“Education is the number one effort in our space today, in order for us to really see this as a technology with the potential to bring freedom of opportunity and choice to billions of people around the world- that starts with language,” he said.

Antonopoulos said Panama is one of the most important locations for crypto education now because the region is a gateway of access to financial services for all of South America, a continent still suffering the long term effects of colonization

Historical challenges are now being exacerbated, says Antonopoulos, but modern day, ‘cool’ and ‘liberal’ colonial practices of ‘globalization. “They can’t do colonialism the way they used to do it: at the end of a bayonet. Not for the most part,” he said. 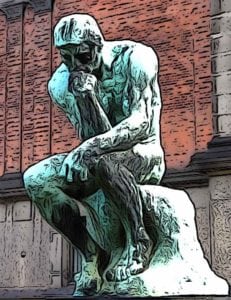 Antonopoulos suggested that companies and globally strident nations have abused the global urges of humanity in manoeuvres designed to allow, “…multinational companies and powerful countries…to set themselves outside the law, to arbitrage jurisdictions, to shop around for the most convenient, corruptible, lowest-taxation environments where they can deliver financial colonialism wrapped as globalization.”

Populations have grown tired of the on-the-ground effects of this global corruption. “Globalization has a negative connotation because, to the average person, all it’s delivered is lawless corporations, exploitation and tariffs, ironically.”

Bitcoin and other cryptocurrenies, Antonopoulos believes, have the power to allow citizens to exit global control systems:

Cryptocurrencies…change the nature of globalization from something that is inherently centralized and available only to the most powerful, the most disinterested and distanced corporations to you, directly as individuals…

Every day, more and more people can use cryptocurrencies to achieve a decentralized form of globalization…

You can watch the rest of the talk here.