The resolution passed at the party’s national convention, July 3rd in New Orleans.

Announcement of the resolution was met with cheers and raised fists from conference delegates.

In late June, Ulbricht was denied a chance to appeal his sentence at the US supreme court. 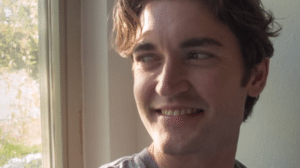 Two investigating officers in the Silk Road case were accused of malfeasance during the course of the investigation and were subsequently jailed.

Ulbricht supporters also say that unsubstantiated claims Ulbricht contracted a hit on a Silk Road associate were submitted in court even though Ulbricht was never charged with that crime.

Presiding Judge Katherine B Forest reportedly received death threats during the course of the trial and her address and social security number were published on a Dark Net site called “The Hidden Wiki,” incidents the Ulbricht defence team strongly condemned.

Libertarian Party of New Hampshire chairperson, Darryl Perry, who tabled the resolution at the convention, told the audience:

“Ross Ulbricht’s appeal to the supreme court was denied last week. His only hope of ever walking out of prison a free man is via pardon. We need to send a clear message now…and we need to keep sending this message that we have a political prison that is serving two life sentences plus forty years for running a website, being a libertarian and being unapologetic about those two things (more cheers from the audience).”

American Libertarians have long opposed that country’s ‘War on Drugs,’ calling it “ineffective, unfair and immoral.”

Ulbricht is a libertarian, and some of his prison writings can be viewed at the FreeRoss.org website.

Passing of the resolution can be viewed at the 8 hour, 25 minute mark of the video below.