A hacker going by the name of ‘Bitpico’ on Twitter claims that a ‘stress test’ he or she conducted on the Bitcoin Cash cryptocurrency network shows that 98% of Bitcoin Cash’s node are located on the same rack server.

98% of the shown nodes are sitting in the same server rack.

A rack server is a rack of bays containing computer dhardware units held in place by screws.

In other words, Bitpico is claiming that 98% of the Bitcoin Cash network’s processing power is emanating from a single physical location.

The claim is noteworthy because any “centralized” public blockchain network can be easily hacked or controlled. Theoretically any ‘coins’ held or transmitted on a centralized network are at risk of seizure or hack.

It was created by tireless early Bitcoin champion Roger Ver and several allies after Ver claimed Bitcoin “Core” network developers and users made technical decisions designed to make Bitcoin function more as a “store of value” than as a retail payment system.

Ver, an entrepreneur and libertarian, had always championed merchant adoption of Bitcoin as one of the best ways to proliferate the network. And, indeed, it did.

Ver was first attracted to Bitcoin because it offered an alternative to legacy banking and can be used to resist state financial “censorship” (asset seizure and border controls). 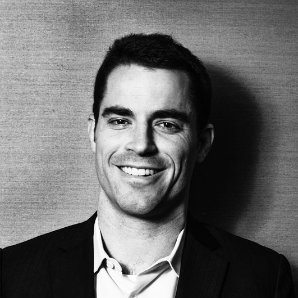 Ver became frustrated when Bitcoin (Core) began allowing miners to preference high fee transactions over low and when the network began to slow precipitously last year under increased use.

Public blockchains require that hundreds or thousands of nodes simultaneously verify a transaction before it can be permanently logged and encrypted into the ledger. This generally makes transacting on a blockchain slower than on a centralized network like Visa, which has far fewer and very large nodes that don’t generally encrypt every piece of data.

The Bitcoin network utilizes this elaborate form of mathematical “consensus” in order to automate the trust function in a database and dispense with the need for third party mediation.

When Ver and allies, including Bitmain’s Jihan Wu, forked Bitcoin, they increased the size of underlying blocks hoping to accommodate more transaction data more quickly. They also began promoting their new form of Bitcoin, Bitcoin Cash, as “the real Bitcoin.”

But many have questioned the viability of the increased bock size strategy. In a February blog post, Ankur Patel from Microsoft’s Identity Division wrote:

“While some blockchain communities have increased on-chain transaction capacity (e.g. blocksize increases), this approach generally degrades the decentralized state of the network and cannot reach the millions of transactions per second the system would generate at world-scale.”

Bitpico’s recent findings may indicate that centralization at Bitcoin has increased since December, when the coin’s all-time-high price may have been attracting a more diverse set of miners.

Bitpico also claimed to prove centralization at Bitcoin Cash by showing that the company was able to quickly move to ban 80% of the Bitpico ISP adresses being used to “stress test” Bitcoin Cash.

Out status monitoring node was centrally banned again as where a bunch of VPS's.

Switched to a new IP we are again connected. We are currently monitoring the IP addresses as they seem to be changing into separate network groups, possibly to fake decentralization. #bcash $bch pic.twitter.com/XMze1F6Bks

Earlier this year, Bitpico conducted a friendly attack on the Lightning Network, an attack designed to test the strength of that company’s layer-two solution to scale Bitcoin (Core).