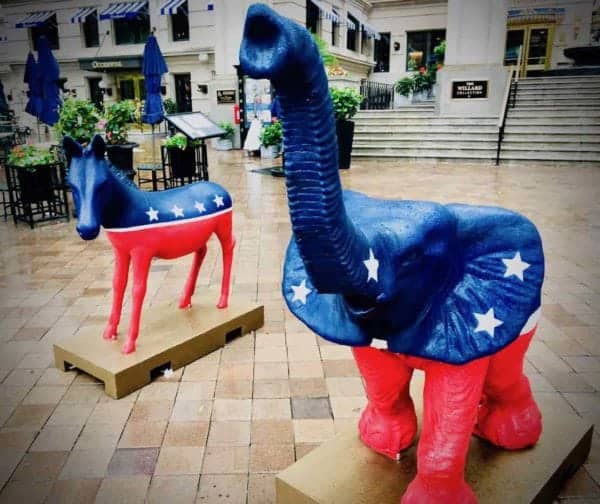 After the first of the year, control of the House of Representatives will move over to the Democrat party following mid-term elections. While the Senate will remain in Republican control, the split Congress means agenda items will frequently be at odds.

But in the final months of 2018, there is still time for the Republican party to advance certain policy items before the Democrats regain power in the House during the lame-duck session. Some legislation may be beneficial to Fintechs and small business – such as the JOBS Act 3.0.

The “JOBS and Investor Confidence Act of 2018,” or JOBS Act 3.0, passed the House last July in a nearly unanimous act of legislation that rarely happens in Congress. The bill has been parked in the Senate for some time now but expectations are for a vote at some time before the end of the year.

In an email circulated earlier this week, Karen Kerrigan, President and CEO of the Small Business & Entrepreneurship Council (SBE Council), urged Congress to move forward on legislation that will fuel SME growth and business confidence in 2019:

“It is vitally important that our economy stay strong and that small businesses, consumers and workers remain confident about their future and finances. A policy boost during the lame duck session through the advancement of bipartisan legislation will keep our economy humming, which benefits all Americans.  The 115th Congress can end on a very productive note, and entrepreneurs hope that both parties rise to the occasion and move initiatives across the finish line to sustain the economic momentum well into 2019,” said Kerrigan.

The SBE Council’s legislative priorities for the end of the year include: the Health Cost Certainty: HIT Tax Relief Extension,  Small Business Regulatory Flexibility Improvements Act, and the JOBS Act 3.0.

The JOBS Act 3.0 is a “powerful package of bills that will modernize various securities rules, reduce red tape, and fix barriers that will improve access to capital and our capital markets.” It’s all about helping small business and risk-taking entrepreneurs.

“Entrepreneurs and small businesses require capital to leverage growth opportunities in the expanding economy and to start new businesses. It would be a huge disappointment and missed opportunity if JOBS Act 3.0 did not make it to the President’s desk. This significant, bipartisan package must be a priority in the lame duck session and there is no reason why it should not receive broad support,” added Kerrigan.

The bill, as it passed the house, includes 32 different acts of legislation.

You may view them all here.

The legislation includes H.R. 1585, Fair Investment Opportunities for Professional Experts Act – which seeks to improve the definition of an accredited investor (there is a similar bill already in the Senate). A venture exchange bill, the Crowdfunding Amendments Act” that allows crowdfunding investors to pool their money together into a fund that is advised by a registered investment advisor – and more.

Hopefully, Congress moves quickly to vote and get the JOBS Act in front of the President. Since the legislation has broad bi-partisan support, this should be a policy layup.