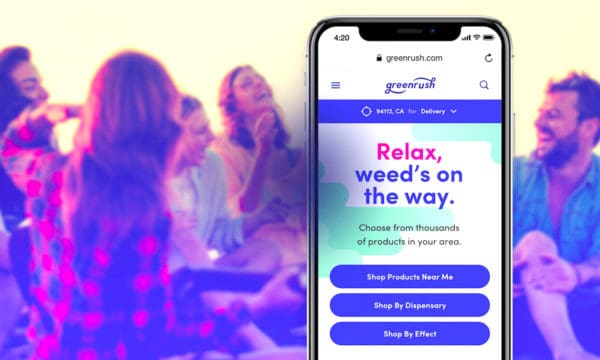 Greenrush, a “national online cannabis shopping destination,” has announced a Series B funding round on RenGen Labs. Greenrush provides “on-demand eCommerce and delivery to its 50,000+ customers in more than 150 cities across 5 states and growing.”

RenGen was formerly known as Saftlaunch, an initial coin offering (ICO) platform that has since morphed into a private company offering platform that offers both traditional securities and security tokens using blockchain tech. While this is not a security token offering, investors may participate by using dollars or BTC and ETH.

The Greenrush round is looking to raise up to $15 million from accredited investors under Reg D 506c at a pre-money valuation of $65 million. A minimum investment of $20,000 is required which will be handled via an SPV.

According to the offering page, consumers have ordered about $30 million in cannabis via greenrush since launch in 2014. The company expects more than $171 million in sales and $30 in million revenue by 2021.

Ever since Canada legalized the recreational use of Cannabis interest in Cannabis focused companies has been heightened. Of course, the debate continues in the US as to whether, or not, the Feds will ever follow in the path of the Canadian neighbors.

The greenrush team is said to include executives such as the former CMO of Anheuser-Busch InBev, the former CFO of Alarmguard Holdings, Inc, former veterans of BlackRock, and more.