Less than six months after securing €1 million through its previous Crowdcube round, Spanish nanotechnology company Nanusens has returned to the equity crowdfunding platform and has surpassed its £200,000 initial funding target. The funding round is now nearing £350,000 from more than 400 investors. 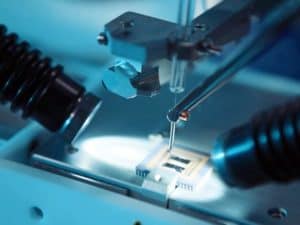 As previously reported, Nanusens was founded in 2014 and offers technology to design and manufacture sensor chips that are found in mobile phones with a standard manufacturing process widely used in the semiconductor industry, called CMOS. The company reported it aims to deliver new products to the market in 1-2 years, with lower production costs, smaller size, and better performance. Nanusens also revealed it has the supply chain fully defined, having partnered with trusted providers.

“Nanusens has patent pending technology to solve these challenges. Our competition uses proprietary manufacturing processes, which we believe has limited production capability, higher cost, and uses legacy equipment. This equipment is unable to build submicron feature sizes into the devices, leading to higher cost, bigger size and lower performance. At Nanusens we use an existing standard manufacturing process called CMOS, which is typically used for conventional solid state chips and therefore do not have any mechanical moving parts inside. By using this process, we benefit from the existing large economy of scale of these fabs, leading to lower cost, smaller size and better performance.”

Nanusens reported that its first target is the mobile phone industry and it has added another rapidly growing target, earbuds. Funds from the latest Crowdcube round will be used continue the growth and development of the Nanusens company. The funding round is currently set to close mid-May.