A group of Stanford academics and entrepreneurs have joined together to launch a new blockchain based ecosystem named Findora. The group includes Charles Lu, Ben Fisch, Benedikt Bünz, and John Powers. Powers is the former CEO of Stanford’s USD $25 billion fund. Fisch and Bünz have created several inventions in the blockchain space including Filecoin’s proof-of-storage.

Findora is described as a “transparent public blockchain for building financial applications” with multiple applications. These include:

The first applications to be built on Findora is called “Finapps.” This will include a “smart asset ecosystem, an open banking platform, and a P2P lending platform.”

Findora also has designed a “Smart Asset Framework” (SAF) that is described as a “compliant and programmable interface which facilitates the transformation of any financial assets into software.” 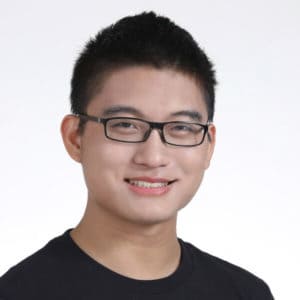 “We want to bring unbanked populations into the financial system, to remove costly intermediaries, and to solve uneven access to financial services and capital markets. We believe in worldwide financial democracy, where users also have ownership of their financial transaction data and a complete understanding of how this data is shared. Findora will bring increased control, accessibility, and transparency to the financial space.”

“It needs blockchain’s transparent nature, but also has strict privacy and regulatory requirements that ordinary blockchain systems fail to meet. The Findora platform will create a global network of DLT (Distributed Ledger Technology) based financial services applications that leverages bespoke technology for confidential transactions, balancing the need for privacy and regulatory compliance. Our infrastructure will drive forward a world where users control their own data, identity, and financial assets.”

Bunz, co-founder and Head of Research of Findora, points to the billions of dollars that are lost each year due to security fraud and “opaque management.” These are the kind of issues that Findora wants to address by leveraging a distributed ledger.

“A fully confidential, auditable platform – once a lofty ambition, is now available to the world,” says Bunz.

A go-live launch date for the platform was not announced.