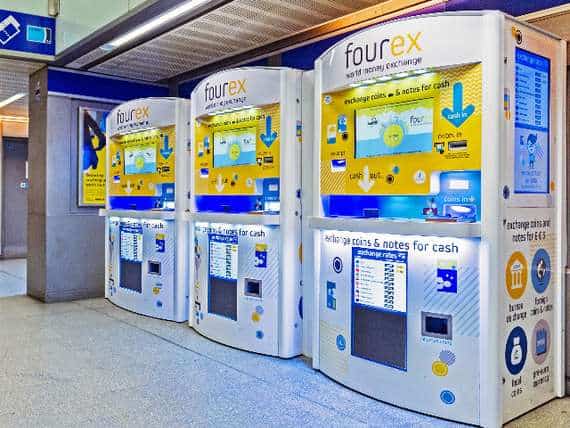 Just a little over four years after securing £670,760 through its previous Crowdcube round, self-service multi-currency note/coin exchange machine developer Fourex has returned to the equity crowdfunding platform to raise £900,000. 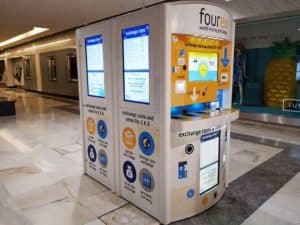 As previously reported, the company’s machines use image recognition technology to automatically identify and exchange currencies from more than 150 countries. Before its 2015 crowdfunding campaign, Foreex signed contracts with TFL and Westfield to deploy machines into several London Underground stations and high profile shopping centers.

“Fourex provides a highly convenient solution for customers to cash in all their leftover currencies. Fourex has expanded from 12 locations in early 2018 to 66 locations, winning innovation awards from Virgin, Lloyds Bank and Amazon. Fourex revenue has grown by 175% in 2 years, reaching £1.98M & EBITDA -£2.14M. Ongoing expansion is focused on international gateways; airports, rail terminals, ports and high footfall retail locations.” 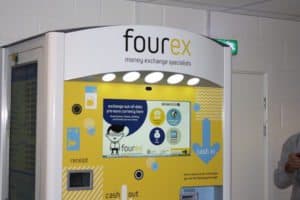 Fourex noted that its current partners include TfL/London Underground, Westfield, Intu, Welcome Break, Moto, and Roadchef. A total of 153 million passengers at Heathrow, Gatwick and Stansted Airports can have access to Fourex kiosks.

Funds from the latest Crowdcube round will be used by Fourex to be the interface between cash and digital, and roll out nationwide. Since its launch, the initiative has secured more than £500,000 from over 100 investors. It is set to close at the end of September.