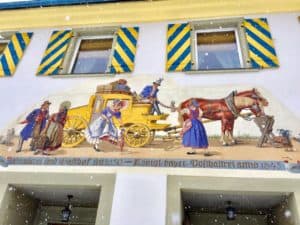 Germany-based Fintech firm Heidelpay is reportedly seeking acquisitions and might launch an in initial public offering (IPO), according to its CEO, Mirko Huellemann.

“An IPO is of course always an option for fresh capital.”

Huellemann’s comments regarding the firm’s business plans are notably his most detailed yet since the private equity company KKR acquired a majority stake in the payment service provider in 2019.

In an industry where company size makes a big difference, Huellemann notes that Europe is now  home to anywhere between 300 to 400 acquisition targets.

In statements shared with Reuters, the chief executive noted:

He says that a stock market listing at some point would be a possibility, however, he did not specify an exact time-frame.

“An IPO is of course always an option for fresh capital. But KKR just came on board and we have a couple of years of growth ahead of us.”

The firm, like its main competitors Wirecard of Germany, Netherlands-based Adyen, and Sweden’s Klarna, have been able to make a sizeable profit from the significant increase in cashless transactions and widespread purchasing of products and services through e-commerce platforms.