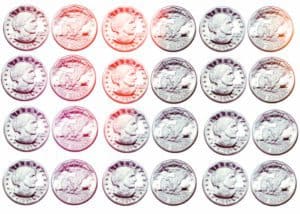 Veteran digital asset investor Arianna Simpson, who has been into crypto “before it was cool,” will reportedly be joining giant venture capital firm Andreessen Horowitz as a deal partner.

Simpson, the founder and managing director at crypto-asset hedge fund Autonomous Partners, confirmed the news on January 31 via Twitter. Simpson said that she has “admired the brand and platform that a16z has built from afar.”

“I have some news! I’m thrilled to announce I’ll be joining the @a16z crypto team as a deal partner as of March. When the opportunity arose to join forces, particularly given we’d already invested in many of the same founders, it made perfect sense.”

Simpson noted that she will continue to manage the digital asset hedge fund while also overseeing the investment portfolio in her new role at Menlo Park, California-based Andreessen Horowitz.

Andreessen Horowitz is notably among the very few publicly-known VC firms that have made  large investments in digital asset-focused initiatives. A few years back, the firm launched a $350 million crypto-asset fund to make strategic investments in the industry. The company’s portfolio firms include Anchorage, Coinbase, MakerDAO and Compound.

Andreessen Horowitz has also invested in decentralized cloud computing developer Dfinity, which acquired $102 million in investments in 2018. Dfinity recently launched what seems to be an “open version” of giant professional social network LinkedIn, referred to as “LinkedUp.”

The LinkedUp app has reportedly been developed on Dfinity’s decentralized “Internet Computer,” instead of more traditional platforms like Amazon AWS or Google Cloud. LinkedUp is not owned or managed by a private company or government agency, Dfinity’s developers claim.