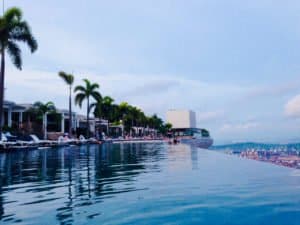 Singapore-headquartered Fintech Hoolah has revealed that it will be introducing its interest-free installment plan in Malaysian markets.

Established in 2018, Hoolah lets customers pay for their purchases in three easy monthly installments without having to pay any interest or extra fees. Hoolah has teamed up with more than 300 retailers in Singapore. It has managed to offer between a 20-30% increase in conversion and basket size.

The Fintech firm is now expanding its business operations outside of Singaporean markets by introducing its “buy now, pay later” services to retailers based in Southeast Asia, with Malaysia being its first new market.

Hoolah has teamed up with Fashion tech firms, Novelship and BlinQ, in order to launch its products in Malaysia.

Novelship’s management claims that there’s been a significant increase in demand across the area for street luxury brands and limited-release products like Adidas Yeezy and Supreme.

BlinQ recently teamed up with Anya Hindmarch, Yoox, and Evisu in order to more effectively market its products in the Southeast Asia region. Novelship and BlinQ said they’ll be using the capital raised from their seed rounds to help them expand their operations across the region.

“Malaysia was always a key market for our expansion given the proximity to Singapore, as well as the growth in ecommerce.”

Malaysia’s digital commerce sector is presently valued at around $4 billion and is projected to expand at a compound annual growth rate (CAGR) of 24% until next year, JPMorgan confirmed.