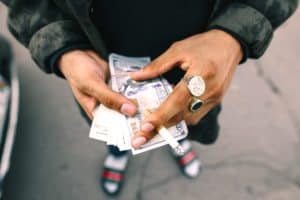 Although the public seems concerned that the Coronavirus (COVID-19) may be transmitted by handling physical cash, scientific evidence indicates that the risk is relatively low when compared with various other frequently touched objects, such as PIN pads.

A paper recently published by the Bank for International Settlements (BIS) notes that when the Coronavirus had first been detected, there were reports that the World Health Organization (WHO) was telling people to avoid dealing with physical currency notes. WHO had suggested switching over to conducting contactless payments.

The WHO later stated that it would not be issuing any formal guidelines or warnings on the matter. However, there have been several moves that aim to discourage the use of physical cash. Countries throughout the world have been increasing their contactless payments limits. Several payments service providers have also reduced transaction charges.

Cash usage in the United Kingdom dropped by over 50% within a few days, but this may partially be attributed to the government’s enforcement of a countrywide lockdown, which restricted movement.

There are now concerns that cash’s safety might prove to be problematic. BIS notes that the scientific evidence suggests that the risk of Coronavirus transmission from handling physical cash is relatively low when compared to using PIN pads.

In order to bring back or restore trust in cash, reserve banks have been regularly communicating with customers. They’ve reportedly been encouraging people to take cash.

There have been instances where banknotes have been quarantined and sterilized. In Germany, for example, the Bundesbank (the central bank) has been telling consumers that the risk of transmitting COVID-19 via paper notes is minimal. Meanwhile, the Bank of Canada has been requesting local merchants to not go completely cash-free.

The South African Reserve Bank has also clarified that it won’t be preventing the use of paper notes and coins, due to the Coronavirus outbreak. The reserve bank warned that there have been cases where criminals had been presenting fake IDs to people, claiming that they were collecting “infected” bank notes.

BIS acknowledged that the COVID-19 crisis could potentially change payment behavior, which might negatively affect the unbanked and senior citizens.

It has also been argued that the pandemic may lead to the development and issuance of central bank digital currencies (CBDCs). BIS noted that COVID-19 “highlights the value of having access to diverse means of payments, and the need for any means of payments to be resilient against a broad range of threats.”