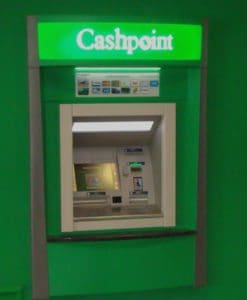 The Coronavirus (COVID-19) outbreak has dramatically affected cash transactions in the United Kingdom, as ATM withdrawals dropped by 60% during the lockdown period.

Approximately 75% of UK residents confirmed that they’re not handling physical currency notes nearly as much as they were before the ongoing crisis.

Research published in late April 2020 by YouGov for ATM network Link reveals that 58% of UK residents are conducting significantly fewer cash transactions. Meanwhile, about 54% of the country’s citizens have been avoiding cash and using digital payments platforms.

These recent changes and trends will most likely continue, as 76% of people responding to the YouGov survey said they believe the pandemic will impact their future use of cash (at least for the next six months).

About half or 50% of survey respondents noted that they plan to use payment cards more often, meanwhile, 44% said they will be using contactless payments or perform mobile-based transactions. Around 34% of survey respondents said they’ll be doing more shopping online, and 31% intend to use ATMs less frequently than they were before the Coronavirus outbreak.

But cash is still considered useful or valuable in the country, as Link data reveals that there are still around 11 million withdrawals made each week, worth a total of £1 billion.

Around 14% of UK’s citizens reported that they are now keeping more cash at home so that they are prepared in case of emergencies. Reports from other European countries and Russia found that  people have begun to hoard cash due to the uncertainty created by the global COVID-19 crisis.

“Even if this crisis does lead to less cash use in the longer term, people should be reassured that Link and its members will continue to ensure good access to all who still rely on it.”

In statements shared with Finextra, Paul Taylor, head of financial institutions at Bank of America, noted that demand for paper money as a security has actually increased since the crisis began.

Taylor argues that cash is a useful mode of payment and also serves as a security of tangible value.

“We of course have a fantastic global wholesale bank notes business, and we’ve actually seen an increase in demand from banks all over the world because their clients are looking to get their hands on cash.”

“As a security and bearer of value, cash has increased in significance because it’s perceived by the man on the street to be a haven.”

“It is possible that behaviors change long-term as a result of this crisis, as people realize that digital wallets and other electronic means of payment are just as viable and come with the added bonus that they are not physical.”