Cred.ai, a U.S.-based startup, has launched its new banking platform specifically for millennials, along with its solid metal credit card. The company reported that it has been operating in “stealth” for more than three years to build its platform, which is notably designed to “empower” consumers and elevate their financial services experience. 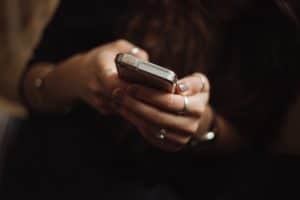 Cred.ai reported that its core consumer product functions through the combination of an FDIC insured deposit account, the Unicorn Card Visa credit card, and the cred.ai mobile app. Speaking about the company’s growth and development, Ry Brown, cred.ai CEO and Co-Founder, stated:

“Our outsider perspective has been one of our greatest assets.  We’re not imprinted with traditional concepts of what’s possible or expected, so we get to believe we can tackle any idea we dream up, as long as we have enough coffee.”

Cred.ai also explained exclusive features are introduced continuously, with the current roster include the following:

Cred.ai then noted in addition to these exclusive tech features, all users receive a full face true metal card, 24/7 phone support answered by a human and not a robot, instant deposits, mobile check capture, payroll and other direct deposits two days early, and an onboarding process that allows users to start spending within minutes of applying. Brown concluded:

“Don’t call us a bank. I don’t even like being pigeonholed as fintech. Right now we’re building products that help empower people financially, but next we could throw in education, health care, insurance, who knows.  Whatever it is, we’ll dream it, build it, and then give it away for free.”