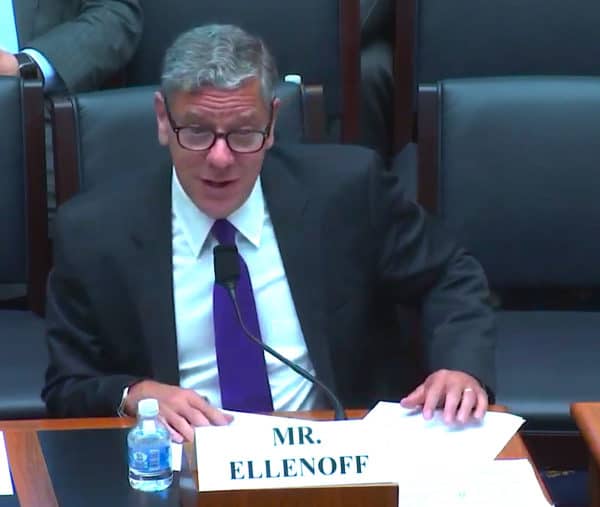 The law firm of Ellenoff, Grossman, and Schole (EGS) has long been a leading Manhattan firm in the SPAC sector (Special Purpose Acquisition Company). This year, SPACs have boomed, including multiple high profile issuers as well as several Fintech focused SPACs.

So how did SPACs emerge as the new shiny for Wall Street?

Crowdfund Insider reached out to Doug Ellenoff, Managing Partner of EGS for his perspective. Ellenoff has always been interested in financial innovation and he was on-board early with online capital formation. With SPACs, he was even earlier to the game as his law firm has worked on hundreds of SPACs in the last two decades and is the leader in this area facilitating more than half of the SPACs last year. Ellenoff’s experience and insight is shared below.

SPACs have been around since the 1990s and EGS has been a leader in structuring SPACs for quite some time. Your law firm handles a good percentage of these offerings – correct? How did EGS get into SPACs?

Doug Ellenoff: We have been involved with 250 SPACs over the last 18 years, which I believe is close to half of all such offerings during that period of time.  Last year, we were involved with 33 of the 59 SPAC offerings.

We first became involved in the program when one of our brokerage clients, Maxim Group, asked that we act as underwriters counsel on a SPAC IPO.

Since 2002, even though 80% of our representations have been issuer-side, we have also represented many of the underwriters in the SPAC industry, including UBS, Citi, Raymond James, Cantor, Early Bird, Cowen, B Riley/FBR, Stifel, BTIG, Chardan, etc.

So far this year, there have been 115+ SPACs that have raised around $43 billion. More are in the queue. Why is this such a hot market? 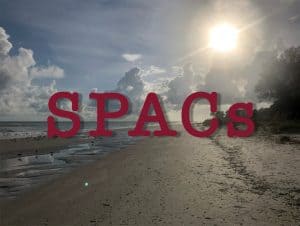 Doug Ellenoff: The market has been maturing for two decades and most of the regulatory and commercial issues that held the industry back in the early days have been resolved, so that sponsors, investors and target companies seeking to go public have a better alignment of interests.

Since the Great Recession, dozens of well-known sponsors (General Partners of private equity’s firms) have established SPACs and used the vehicles to take private companies public.  Over the years, many private companies in a range of industries, TMT, energy, healthcare, have gotten comfortable with the SPAC program and used it quite successfully to benefit from a public listing.  Most of those deals, until this past year, were companies that had been in business for years, had established businesses, and substantial EBITDA.

In 2020 though, with the closing of the Virgin Galactic transaction with Social Capital, the market broadened further to include venture.  So we have now seen 5 electric vehicle deals be financed through a SPAC acquisition this year alone, along with Draft Kings, new battery technology companies, and other exciting ventures. Add the blockbuster Bill Ackman SPAC IPO to the equation and much of the previously skeptical observers had to take note and give SPACs a fresh look.

Now most PE funds, venture funds, hedge funds, and former CEOs are having discussions about their individual SPAC strategies.

Is it accurate that SPACs are an easier path to becoming public?

Doug Ellenoff: I wouldn’t say easier necessarily, I’d say faster (4 months) versus a traditional IPO and give the target company and its owners more certainty and control over the process.  Within weeks, the SPAC sponsor and the target company can be engaged in substantive discussions with institutional investors discussing the transaction, valuation, structure and projections versus in a traditional IPO which would take months. The level of due diligence though remains quite similar to an IPO.

Recently, Chairman Jay Clayton commented that the SEC was reviewing the rise of SPACs. Do you have any thoughts on that? Are you concerned about added scrutiny?

Doug Ellenoff: The SEC has given SPACs a full scrub over the last 25 years and so I don’t suspect much will change.  There is little unknown to the SEC given its historic scrutiny of the program.  What’s amusing to me is that much of today’s enthusiasm in fact stems from the relief many people now understand about SPACs and how they operate versus what regulators and professional service providers have done to frighten them into believing otherwise.

With the realization that SPACs aren’t a four-letter word, but just another financing technique, the further elimination of the long-term stigma has given folks the green light to take a hard look and appreciate what SPACs are actually capable of achieving for them.

It’s certainly not surprising that the SEC is giving the industry renewed attention given the activity levels, but I think equally important to ask is why have SPACs emerged as a more attractive IPO alternative and what about the IPO process isn’t working.

My point is that all new markets emerge in response to a failure somewhere else to meet the needs of parties seeking to accomplish a task— in this case a public listing and financing.  Readers of this website know that I believe that crowdfunding is emerging to meet the unmet needs of start-up financing and the realization of venture and SPACs arguably are the realization of private equity and now venture through the public markets.

SPACs typically issuer shares with the expressed intent to pursue an acquision in a specific sector, such as Fintech. Can this put pressure on an issuer to pay too much for an acquisition?

Doug Ellenoff: While the historical narrative has been that there is both adverse selection and overpaying for assets, SPACs like traditional IPOs need institutional support and undergo institutional review prior to going public.  The process of taking a private company public through a SPAC, requires in most cases that the target opportunity meets with bankers and institutional investors for diligence purposes and to have lengthy negotiations on pricing and the future prospects of the opportunity.  So while overpaying can happen, has in all likelihood happened, this is also true in PE, venture, and even happens in the public markets lien during the dotcom craze.

One issuer is offering an ETF for SPACs. Thoughts on that?

Doug Ellenoff: While I don’t take issue with an ETF specific to SPACs per se, I would caution that SPACs are diverse as to their focus (industry, size and geography) and that each is inherently unrelated to another- so I’m not sure I appreciate the investment dynamic- it’s like investing in an ETF for all IPOs. Clearly, it’s good overall for the industry to have even more liquidity.

On CNBC recently, a discussion was held with Keith Rabois where he said some of the criticism of SPACs is coming from investment bankers that are missing out on big IPO fees. Do you concur with this comment?

Amusingly though, for years the concern about SPACs was that the companies they were targeting weren’t ready for traditional IPOs and now they are and so the bankers’ concerns are a complement to how far SPACs have come.

I’d make the point that disruption in a financial services process is every bit as valuable as an innovation in technology or any other industry. There will be negatives for the established players Inevitably but overall a benefit to consumers and society.  Why don’t people ask why we have nearly half as many public companies in our markets as we did when I started practicing law and what are we going to do about it?

Bill Gurley’s recent article shares his view about why SPACs are a better on-ramp to the public markets.  I would suggest that a broader conversation is needed to understand the role that SPACs are fulfilling.  In many ways, SPACs are an outsourced underwriting solution to the previously ignored companies that wanted to get public and couldn’t due to a consolidation of the investment banking industry, so I’m less focused on how traditional IPO bankers are losing deals and how we enhance our public markets.

I hope we have the same issues of concern coming from the venture industry in 15 years when the online platform community is financing deals that would previously have been only available through private funding.

Do SPACs just provide another option for issuers in need of capital and/or investors having a streamlined path to liquidity?

What about transparency in compensation? A recent interview revealed that an individual participating in SPAC received a good amount of its investment back in fees?

Doug Ellenoff: The compensation to sponsors of SPACs has been clear and fully disclosed in registration statements since the beginning of the SPAC industry 25 years ago.

Investors, regulators, and targets are well aware of the “promote” structure to a SPAC sponsor- it’s 20% of the fully diluted shares of the SPAC post-IPO – there’s no ambiguity or lack of disclosure.

Please remember that a SPAC sponsor is risking millions of dollars for an uncertain outcome and can lose the entirety of their commitment in less than two years if they fail on their mission to secure and close a deal.

Amusingly, no one seemed to raise this as a concern when many sponsors lost their entire capital and its only an issue now that the program is successful and sponsors are realizing positive outcomes.

Do you think the SPAC hotness will continue? Or is this a bit of a fad that will fade?

Doug Ellenoff: As I have observed above, SPACs serve a function in our capital markets to bring companies public through and with the sponsors of SPACs, that understand industry verticals as previous operators of companies and investors as well, in a way and manner that the traditional IPO industry has been unable to satisfy and address. The clear message of the SPAC market in my opinion is that institutional investors have an appetite for more investment options, even including some pre-revenue electric vehicle and biotech venture like deals.

The conventional thought has been that these deals are too risky to bring to market and would expose the underwriters to investor claims (and they aren’t wrong) but institutional investors are effectively saying we nonetheless want these investments and SPACs are providing them.  So no I don’t believe that SPACs are a fad.

There may very well be a contraction in activity at some point for a variety of reasons but please keep in mind that SPACs have been around for 25 years and are less than 1% of the private equity market.  Institutional investor interest in risk may change and so there could be a rotation into more PE-focused SPAC acquisition transactions than VC styled deals.