Dr. Joshua Ellul, the Chairman of Malta Digital Innovation Authority and Director of Centre for DLTs, University of Malta, and his colleagues have authored a new paper, titled “Towards Configurable and Efficient Runtime Verification of Blockchain Based Smart Contracts at the Virtual Machine Level.”

The Centre for DLT in Malta noted:

“Our director Dr. Joshua Ellul will be presenting his paper … (on October 27, 2020) within the Reliable Smart Contracts: State-of-the-art, Applications, Challenges and Future Directions workshop within the International Symposium On Leveraging Applications of Formal Methods, Verification and Validation.”

As mentioned in the paper’s abstract, runtime verification in traditional computer software systems and smart contracts has been implemented at the application level. These systems usually run on Virtual Machines (VMs) which execute their application logic.

The paper’s authors explain that conditional monitoring is implemented so that certain monitors can be switched off with the goal of reducing execution overhead “once certain levels of assurance have been provided.” Even when application-level conditional monitoring has been turned off, it still results in additional overhead when executing conditional statement related operations. 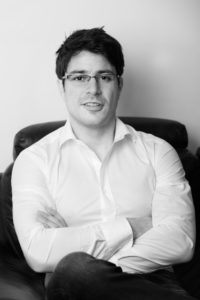 Dr. Ellul and his colleagues have proposed a method to “support conditional runtime verification of applications at the virtual machine level.” In their paper, they “demonstrate that such an approach can provide lower overhead in terms of both execution and gas.”

Blockchain or distributed ledger technology (DLT)-based applications are being developed by computer scientists and software engineering teams across the globe. Most of these developers are focused on solving the “Blockchain Trilemma” which aims to address three main challenges faced by DLT networks. They include ensuring adequate levels of security, decentralization, and building scalable blockchain infrastructure. Virtual machines and runtime verification methods (which are one of the main focus areas of this paper) are not new concepts. However, the paper specifically aims to propose ways to enable efficient runtime verification of blockchain-powered smart contracts at the Virtual Machine (VM) level.

Performance improvements (in general) for blockchain networks are required because major blockchains such as Ethereum have become quite slow due to a dramatic increase in activity, especially recently with the large number of decentralized finance (DeFi) apps being launched.

Dr. Ellul has been a very active participant in the crypto and blockchain space. As reported last month, Dr. Ellul had expressed concerns about the existing DLT and virtual currency regulations.

As covered earlier this year, Dr. Ellul (and his colleagues) had explained that blockchain features that bring decentralization pose certain challenges when providing protection for stakeholders.