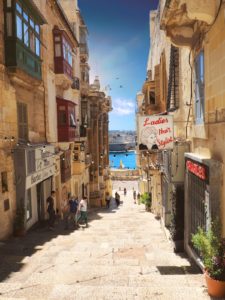 Dr. Joshua Ellul, the Chairman of Malta Digital Innovation Authority and Director of Centre for DLTs, University of Malta, has noted that he has published a paper (with Jonathan Galea, Max Ganado, Stephen McCarthy and Gordon Pace) titled “Regulating Blockchain, DLT and Smart Contracts: a technology regulator’s perspective.”

Dr. Ellul confirmed that the paper has now been accepted within the European Academy of Law Journal.

The paper states that blockchain, smart contracts and other forms of distributed ledger technology (DLT) allow users to ensure that processes are “verifiable, transparent, and tamper-proof.”

However, the paper’s authors argue:

“Features that [aim to] bring decentralization also pose challenges to providing protection for the various users and stakeholders. Most jurisdictions which have implemented regulatory frameworks in this area have focused on regulating the financial aspects of cryptocurrency-based operations. However, they have not addressed technology assurance requirements.”

The paper acknowledges that efforts have been made by authorities throughout the world to offer legal certainty to crypto-based transactions and also protection to users and stakeholders have been “a step in the right direction.”

As detailed in the extensive paper, certain flaws within DLT or blockchain technology deployed for various economic and social activities could potentially result in (more) large financial losses.

The paper recommends introducing technology assurances for “safety-critical” or high-risk based applications.

Dr. Ellul and his colleagues suggest:

“In the interests of not stifling innovation, we propose that such technology assurances be voluntary for sectors or applications that are deemed to be low-risk.”

“The field of cryptocurrency has brought technology closer to finance. Even though not all DLT platforms provide (or require) a cryptocurrency, they have been intertwined or at least, closely associated in the minds of many.”

Many blockchain and crypto firms are based in Malta because of its progressive regulatory environment, however, regulators have recently become more cautious about new initiatives due to the large number of scams.

In March 2020, University of Malta Students, who were enrolled in the Masters in Blockchain Program, were voting for student representatives using a decentralized application (dApp).

In an interview with CI last year, Dr. Ellul had noted:

“[In the next 5-10 years from now,] I would like to see mass-adoption of Blockchain, DLT and crypto usage. That being said, mass-adoption or rather the use of blockchain may become a reality without many even realizing that they are using a blockchain system since this change could be made by various institutions and service providers that may want to disintermediate their services (for whatever reason, due to public pressure or to ensure transparency).”