Michael Arrington, the Founder of Arrington XRP Capital, has pointed out that a new privacy-oriented digital currency just launched its mainnet. According to Arrington, this newly launched project, called MobileCoin, appears to have ties to chat app Signal.

A new privacy coin just went mainnet that has ties to chat app Signal. It's not Facebook's Libra and it isn't Telegram's Gram. Flying under the radar sometimes pays dividends. Go @mobilecoin https://t.co/6Pxfy7uXIr 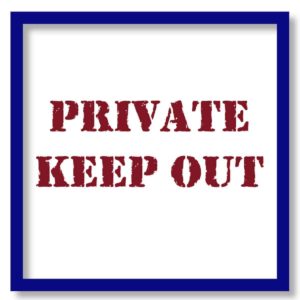 Arrington’s comments have come in response to statements from Avichal Garg (investor at Electric Capital). Garg argues that “privacy is THE killer feature for some users.” He claims that many of these users are early adopters who “bring in friends.” He also mentions that privacy could be “a viable go-to-market plan for network effect products.”

Garg further notes that this may be why the Signal App has been growing so fast and also why  MobileCoin is “a launch worth watching.”

The Crypto Market Group, which offers a benchmark index of the top 100 cryptocurrencies, confirms that MobileCoin was founded back in 2017 by Joshua Goldbard, Moxie Marlinspike and Shane Glynn. The project managed to secure $30 million through a private funding round which was notably led by Binance Labs.

The initiative has been open-sourced since around spring of  2020 and since that time, there appear to have been regular development updates from the team (around 12 developers, Crypto Market Group confirms.

The Group goes on to explain:

“The [MobileCoin] project is based around privacy technology (Moxie is founder of Signal, the popular privacy messaging app) with the aim of creating a mobile payments system. The project went live on mainnet yesterday (December 7, 2020) and was listed on FTX where there is some very unusual price action. Currently it seems like there are zero tokens circulating or at least being deposited to FTX. There is a market maker in place who is absorbing $100k buy orders and letting the market creep slowly up but other than that there was very little selling pressure yesterday.”

“It’s all very unusual for an industry where everything is hyped and over exaggerated that a project with ties to Binance and an FTX listing would be able to grind away in stealth mode for 3 years….The original whitepaper, which has since been redacted, suggests there’s a 250m total supply with Binance taking 37.5m.”

As covered earlier this year, privacy coins such as Monero (XMR) and Zcash (ZEC) have come under regulatory scrutiny.

The Electric Coin Company (ECC), which supports the development of Zcash (ZEC), a privacy-oriented cryptocurrency, had revealed in July 2020 that Liquid would be delisting ZEC along with 28 other digital currencies or tokens because the Japanese crypto trading platform had been planning to apply for a license to offer services in Singapore.

“With 45% of darknet markets now supporting Monero—the second-favorite cryptocurrency of choice among criminals, just behind bitcoin—law enforcement interest in Monero tracing has soared. Monero employs a particularly unique design to ensure user anonymity, including always-on, enforced privacy. Unlike other anonymity-enhanced cryptocurrencies, Monero uses enforced privacy-by-default for all transactions so that no user can accidentally or deliberately be traceable or insecure. Unlike public-by-default mechanisms, this functionality protects users from accidentally not using Monero’s privacy features. As a result, users cannot be scrutinized or penalized by outside actors for using private transactions.”