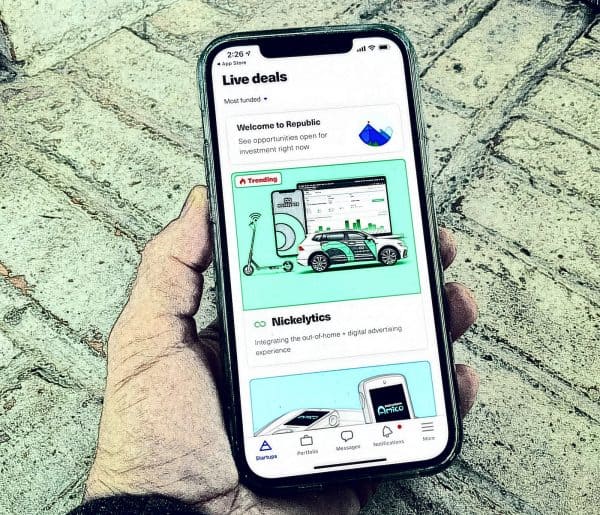 Republic, a leading securities crowdfunding platform and investment ecosystem, has announced the release of a long-awaited iOS app available for iPhone users.

The Fintech called the release a “miracle” noting an iOS app has been requested for about four years.

As part of the announcement, Republic said it would be kicking in $15 for any investment over $250 using a promo-code BUILDWEALTH.

Republic has recently been on a sprint of announcements including expansion into additional verticals such as gaming and real estate, and the acquisition of NextSeed’s small business funding platform. Just last week, Republic revealed a partnership facilitating “initial litigation offerings” or “ILOs” as they seek to tokenize, or turn litigation funding into digital securities.

Republic remains well-positioned to take advantage of expanded online capital formation rules that become actionable in early 2o2o including an increase in the Reg CF funding gap from $1.07 million to $5 million per offering.