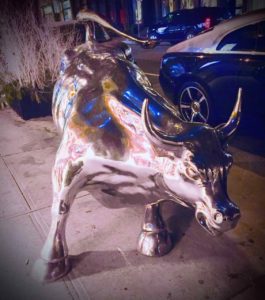 It’s been a very challenging year due to the global COVID-19 pandemic, however, Bitcoin (BTC) is on a record-breaking streak since March 2020, which was when it initially crashed (below $4,000) along with the broader financial markets. But after that, the leading cryptocurrency recovered and recently surpassed the $28,000 mark (before correcting below $27,000 at the time of writing).

Many analysts have come forward and have recommended Bitcoin as an inflation hedge during a period when we’ve seen unprecedented reserve bank money printing. Major firms like MicroStrategy Inc. and Square Inc. have started to move large company cash reserves into Bitcoin in an attempt to acquire better returns than near-zero (or even negative) interest rates being offered by central banks across the globe.

It’s worth noting that these reasons for purchasing Bitcoin are not completely consistent with its original purpose (as mentioned in the crypto’s whitepaper) to serve as a peer to peer cash or alternative to fiat currencies. However, these developments do suggest that there’s now a growing acceptance of Bitcoin (BTC) and a few other digital currencies as a legitimate asset class.

““What’s happening now — and it’s happening faster than anyone could ever imagine — is that Bitcoin is moving from a fringe esoteric asset to the mainstream. If it’s going mainstream, there is just so much money on the sidelines that is going to have to come in and establish a position that it leaves me very bullish for 2021.”

However, with Bitcoin gaining a lot more attention, it may also lead to increased scrutiny from regulatory authorities, according to Guy Hirsch, MD for the US at online trading platform eToro.

“Despite this meteoric rise, there are some storm clouds on the horizon.”

There’s been a bit of a fallout from several seemingly hasty and last-minute actions taken by the Trump administration during its final days in office, among other factors that have raised concerns among crypto and blockchain industry participants.

But analysts claim that the Coronavirus crisis has proven to be the ideal environment for Bitcoin and other decentralized cryptocurrencies. Historic levels of money-printing (more US dollars printed in the last few months than the past 200 years) by global reserve banks — some of which began to admit that they’re also interested in digital assets — have led to heightened fears of rising inflation.

Meanwhile, interest rates have dropped to all-time lows. This may have led many investors to seek better returns and hedge their portfolios with Bitcoin and other alternative forms of investments. It’s quite possible that these developments have pushed the BTC price closer towards $30,000, after starting the year at only around $7,200 (in early January 2020).

“Generally, I think we have had challenges with the Dems — they prefer more regulation, more oversight. I am a bit worried about the direction things are trending.” (particularly the antitrust lawsuits and the lack of adequate levels of privacy while interacting online)

“Without knowing how authorities will seek to more robustly regulate crypto in the coming years, it is hard for the markets to continue growing at the same rate they are now, especially if, as some fear, regulations aimed at curbing innovation rather than fostering it are enacted. Once again, clarity is the name of the game.”