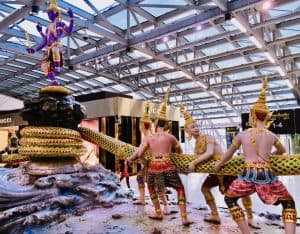 The Insurtech industry in Thailand has been growing steadily with firms in the sector consistently finalizing million-dollar investment rounds. Meanwhile, traditional insurance service providers in the country have been working on their digital transformation strategies in order to remain competitive, as foreign companies are also entering the Thai market.

So far this year, at least two Thailand-based Insurtechs have secured substantial funding via an investment round. The two Series A rounds were finalized by Muang Thai Broker ($6.7 million), the provider of a digital insurance comparison service and sales platform provider Gettgo, and AppMan ($4.6 million), which operates AgentMate, a virtual POS that digitizes the sales process associated with offering life and non-life insurance packages.

AppMan, which is notably one of Thailand’s first Insurtech service providers, stated that it would use the funds raised to further develop its technology stack for the APAC region – which includes AI solutions for obtaining key insights.

Established in 2011, AppMan has been growing its operations across Southeast Asia. It has set up business offices in Ho Chi Minh City, Vietnam, and Jakarta, Indonesia.

MTB, which is an MTGH subsidiary that has been approved to offer services by the nation’s Office of Insurance Commission or OIC (including life and non-life insurance packages), introduced Gettgo back in 2018. Gettgo was reportedly launched to cater to the increasing role of technology and digital platforms in the Thai Insurance sector.

MTB stated that it will be using the proceeds from the round to enhance its distribution platform and will also create omni-channels to assist clients with obtaining information and making comparisons between different insurance packages.

During the past few years, the Thai Insurtech sector has been supported (for the most part) by fairly progressive policies from regulators who believe that innovative technology could lead to greater financial inclusion.

The product, called Prakan Kubdee (Good Driving Insurance), determines premiums from real driving behavior, assessing five main factors: distance, speed, journey time, time of the day driven and areas driven. The platform uses an Internet-of-Things (IoT) device that is set up on the car’s on-board diagnostic (OBD) port to obtain in-depth, accurate data. Data is then transmitted via the AIS network to MSIG’s Cloud-powered system where it is processed.

The main idea for Prakan Kubdee came during the COVID-19 pandemic, Rattapol Gitisakchaiyakul, CEO at MSIG Thailand, revealed, while adding that the Coronavirus crisis had really put pressure on incumbents to improve their services and adapt to “the new normal.”

With the Prakan Kubdee service, clients are able to save as much as 50% on their car insurance premiums and also get 24-hour customer support, MSIG noted, while pointing out that research has revealed that around 60% of automobile drivers have never actually been involved in a car accident and have maintained good driving behavior. However, these safe drivers have still been paying the same premiums as risky drivers.

Notably, the OIC introduced its Insurtech sandbox program back in 2017 after forming the Center of Insurtech Thailand for research, technological exchange and insurance product development. The sandbox lets insurance companies and tech firms test their Insurtech solutions before they are offered to the general public.

Dr Suthiphon Thaveechaiyagarn, the OIC’s Secretary General (during 2017), has previously stated that policymakers were “more than ready to amend our regulations if it will yield higher benefits to society,” indicating that they’re willing to increase digitalization in the insurance industry.

Other Fintech segments in Thailand have also been growing during these challengng times.

As reported recently, Southeast Asia-based Funding Societies, a digital financing platform, has revealed that it has made S$2 billion (appr. $1.5 billion) in disbursals of business financing to SMEs across the region as the company enters its sixth year of offering loans.