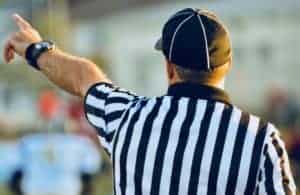 John David McAfee, a well-known crypto proponent and founder of the McAfee antivirus firm, has been indicted in Federal court for fraud and money laundering.

According to the United States Attorney’s Office for the Southern District of New York, McAfee and Jimmy Gale Watson, Jr, an advisor to McAfee, have been charged with conspiracy to commit commodities and securities fraud, conspiracy to commit securities and touting fraud, wire fraud conspiracy and substantive wire fraud, and money laundering conspiracy offenses stemming from two schemes relating to the fraudulent promotion to investors of cryptocurrencies qualifying under federal law as commodities or securities.

“As alleged, McAfee and Watson exploited a widely used social media platform and enthusiasm among investors in the emerging cryptocurrency market to make millions through lies and deception.  The defendants allegedly used McAfee’s Twitter account to publish messages to hundreds of thousands of his Twitter followers touting various cryptocurrencies through false and misleading statements to conceal their true, self-interested motives.  McAfee, Watson, and other members of McAfee’s cryptocurrency team allegedly raked in more than $13 million from investors they victimized with their fraudulent schemes.  Investors should be wary of social media endorsements of investment opportunities.”

“As alleged, McAfee and Watson used social media to perpetrate an age-old pump-and-dump scheme that earned them nearly two million dollars. Additionally, they allegedly used the same social media platform to promote the sale of digital tokens on behalf of ICO issuers without disclosing to investors the compensation they were receiving to tout these securities on behalf of the ICO. When engaging in illegal activity, simply finding new ways to carry out old tricks won’t produce different results. Investment fraud and money laundering schemes carry a strict penalty under federal law.”

According to the allegations, during the period from in or about December 2017 through in or about October 2018, McAfee and Watson and other members of the McAfee Team, perpetrated two fraudulent schemes relating to the promotion to investors of cryptocurrencies qualifying under federal law as commodities or securities.

The first scheme involved a fraudulent practice called “scalping,” or a “pump and dump” scheme.

First, McAfee and his team bought large quantities of publicly-traded cryptocurrency at low market prices with the advance knowledge that McAfee planned to publicly endorse them via his Twitter account.

After these purchases, McAfee allegedly published false and misleading endorsement tweets via his Twitter Account recommending the crypto to his followers and the investing public in order to artificially inflate their market prices without disclosing that McAfee owned large quantities of the crypto. The indictment claims that McAfee had given false assurances that he would disclose such information in various tweets and public statements during the pump and dump scam.

Following the pump, McAfee and team members then sold the crypto “often for significant profits.”

The indictment claims that from approximately on or about December 20, 2017, through on or about February 10, 2018, McAfee, Watson, and other McAfee Team members collectively earned more than $11 million in undisclosed compensation that they took steps to affirmatively hide from ICO investors.

During the period from in or about December 2017 through in or about October 2018, McAfee and his team allegedly engaged in banking transactions to launder the proceeds of the ICO touting scheme.