Equisafe, a Paris-based digital blockchain-based transfer agent, has announced the launch of Equisafe Markets, a secondary market for digital securities. Equisafe said that the first listing on the market will be Carthagea, a French operator of medicalized residences in Tunisia with its head office in France. The share listing was launched on April 1, 2021.

Equisafe said it is improving the post-trade infrastructure for capital markets while increasing liquidity.

“Even before the crisis, we had already been on an upward trend in the savings rate for two years, with a strong preference for liquidity and security,” stated Philippe Crevel, director of the Cercle de l’épargne. And this trend is going to strengthen because the French are worried, particularly in the face of the foreseeable rise in unemployment.”

Equisafe notes that savings rates in France have never been as high and private securities may be able to benefit from parked money.  By boosting liquidity for these securities, they may be able to entice more investors to participate in these offerings.

The secondary market is has been built on Tezos a more eco-friendly and scalable blockchain technology.

Alexandre Canabal, President and founder of Carthagea, expects to be able to sell some of his shares on the market. The platform provides the tools to proceed with the end-to-end transfer, incorporating the signing of the transfer agreement, the order for the movement of securities by the various parties, and the formalities with the registry and the tax authorities. 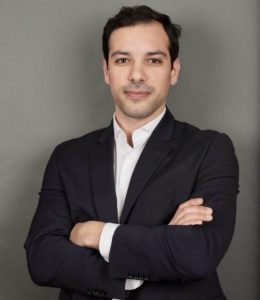 “We are pleased to be able to offer talented entrepreneurs the possibility to sell their shares simply, transparently and securely. This collaboration with such a developed player demonstrates once again the democratization of the blockchain and its application,” said Bilal El Alamy, President of Equisafe.

“This operation will accelerate our development by allowing us to increase our hosting capacity and the launch of our school. It is an important step in the growth of the company in order to meet the strong demand of our French and Swiss customers.”