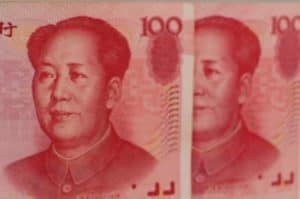 China is reportedly expanding its virtual yuan experiments to more local cities, however, there’s no exact timetable for its official launch, central bank Vice Governor Li Bo stated during an annual meeting on Sunday (April 18, 2021) of both Chinese and foreign policymakers, senior executives and prominent academics.

As first reported by Reuters, China has taken the lead when it comes to developing a central bank digital currency or CBDC in order to streamline the existing financial system, while potentially attempting to address the threat from permissionless, decentralized cryptocurrencies such as Bitcoin from dominating the global financial ecosystem. CBDCs may also help speed up local and international payments.

In 2020, China had introduced its CBDC testing in Suzhou, Shenzhen, Chengdu and Xiong’an.

Li further noted that testing had revealed that the issuance process and distribution mechanism of the virtual renminbi or e-CNY is actually compatible with the traditional financial system. It may also help with minimizing the overall impact on the existing banking sector.

China is committed to enhancing the e-CNY’s ecosystem, by improving its security and reliability, while also providing a proper set of legal and regulatory guidelines, Li added while attending the Boao Forum in the nation’s southern island province of Hainan.

The State-backed virtual currency will be used by local residents and foreign visitors to the Beijing Winter Olympics which is scheduled to take place in 2020, Li confirmed.

Li also stated that the focus of creating the digital yuan will mostly be for local use while working cooperatively with other nations to identify a solution for conducting international payments in the long term. The potential internationalization of the digital yuan will be somewhat of a natural process, and the country’s aim is to not actually replace the US dollar or other world currencies, but allow the markets to decide what’s best, Li claims.

Zhou Xiaochuan, China’s ex- reserve bank governor, reportedly told the forum participants that China’s motivation for creating the virtual yuan was for helping with local payments, and not necessarily for cross-border transactions, which faces many complex problems.